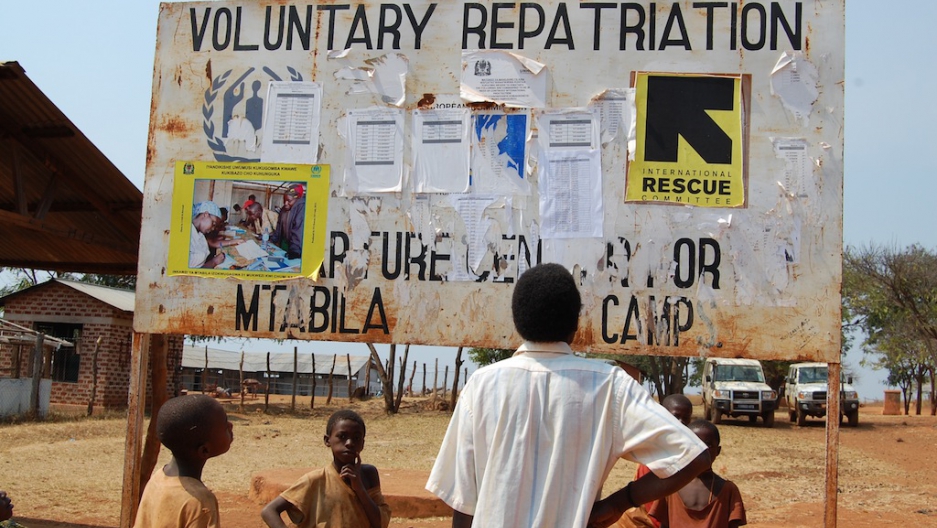 Thousands of refugees can choose to repatriate voluntarily to Burundi from refugee camps in Tanzania, or officials say they'll be moved by force as the camps close.
Credit: Perla Trevizo
Share

Nearly 35,000 Burundian refugees live at the Mtabila Camp in neighboring Tanzania. Since the 1970s a steady influx of refugees looking to escape violence in their native Burundi have come to the camps, but now the last camp is closing, and refugees who have lived for decades in safety will be repatriated by force if they don't leave voluntarily.

Refugees will be allowed to continue to repatriate voluntarily until December 31 with the assistance of the United Nations' refugee agency and the International Office for Migration, but after that, said Frederic Nishajile, the Tanzanian official in charge of the refugees living in Mtabila, "there's no UNHCR, there's no IOM."

More than 2,000 refugees found in continued need of international protection were transferred in July to Nyarugusu, a nearby camp hosting more than 65,000 Congolese refugees and more than 1,000 Burundians who fled in 1972.

But more than 90 percent of the refugee population in Mtabila will have to go back to Burundi, UN officials said.

They are "economic refugees," according to Tanzanian officials, meaning they have been living in camps for so long, they have no means of supporting themselves or their families if they go back. However, household economics could be the least of the refugees' problems.

The State Department's annual report on human rights around the world found that Burundi wasn't peaceful by any means.

"During the year the main human rights abuses included torture and extrajudicial executions of detainees, particularly of members of certain opposition political parties, by police, military, and intelligence services; prolonged pretrial detention of detainees, often without formal charges, in overcrowded, harsh, degrading, and sometimes life-threatening prison conditions; and a lack of judicial independence," said the report.

Trevizo also spoke to researchers at Human Rights Watch's Africa department who insisted the violence was increasing and politically motivated – a dangerous trend for returning political refugees. HRW also authored a recent report [PDF] on the escalation of violence in the country.

"There have been a lot of killings, particularly in areas around the capital, but they are politically motivated,” Carina Tertsakian, senior researcher in the Africa division of Human Rights Watch told Trevizo. "There's a deeper problem of impunity and an extremely weak justice system that is underfunded," she said, but added that things are looking better.

If things are looking better or they aren't, the governments of Tanzania and Burundi, along with the UN, are adamant the refugees return and the camp be closed.