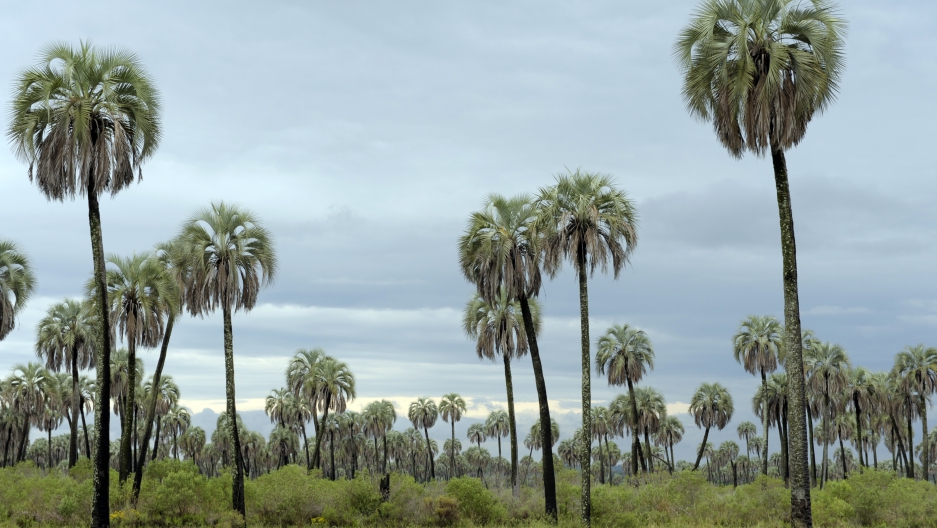 A new study says that Antarctica was once covered in palm trees.
Credit: Daniel Garcia
Share

Antarctica was once home to tropical flora, including palm trees, says a new study.

Palm trees and tropical plants all but disappeared, however, about 52 million years ago from the now frozen continent.

Indeed the temperatures on the icy continent were warmer than 50 degrees Fahrenheit during that period - that, even despite three months of polar night, said the Telegraph.

According to the Guardian, researchers looked at drill cores taken from the seafloor near Antarctica, dated around 50 million years ago to make the determination.

The findings show that high carbon dioxide (CO2) levels in the air and warm ocean currents caused temperatures to increase, thereby allowing for the growth of tropical vegetation.

So then theoretically, enough CO2 in the atmosphere may be able to bring palm trees back to Antarctica?

Not really, say scientists, who insist that it was a combination of factors that explain the lush vegetation.

"The CO2 content of the atmosphere as assumed for that time interval is not enough on its own to explain the almost tropical conditions in the Antarctic," said Jörg Pross, a paleoclimatologist at the Goethe University and member of the Biodiversity and Climate Research Center, reported Fox News.