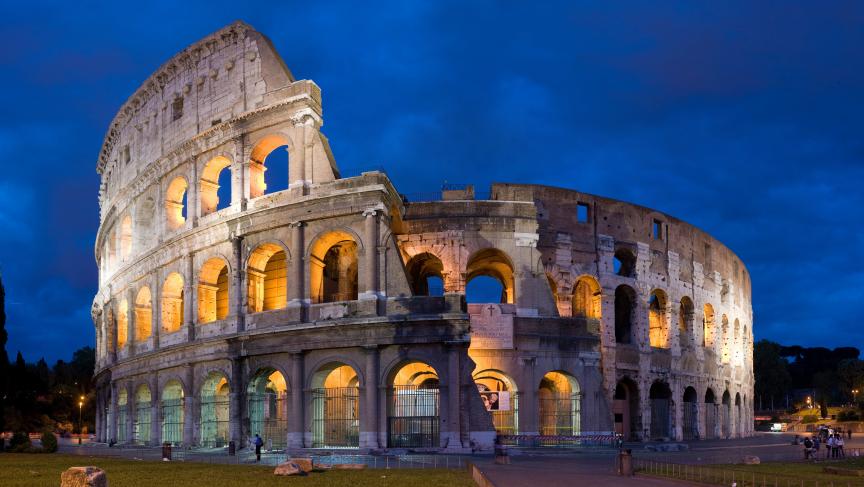 Rome's Colosseum is going to get privately funded renovations to stabilize it as it begins to show its age. (Photo by David Iliff via Wikimedia Commons, cc-by-sa.)

Italian authorities have launched a $30 million effort to restore the Colosseum in Rome, scheduled to get underway in December.

The ancient arena has withstood 2,000 years of history. But it’s been showing its age recently, with large cracks appearing and fragments falling off.

The source of funding for the restoration project, though, has generated some controversy. While $30 million doesn’t sound like a lot when you’re talking about fixing up one of the most famous historical landmarks on the planet, but faced with the euro crisis, huge debts and a stagnant economy, Italy’s government doesn’t have a cent to spare.

So the $30 million for the Colosseum project is coming from Diego Della Valle, the billionaire owner of luxury shoe and leather goods company Tod’s. Many Italians worried he might try to commercialize the restoration by, say, putting billboards on the ancient amphitheater.

But in formalizing Della Valle’s involvement, officials said that won’t happen. And the billionaire himself said he’s only trying to help protect Italy’s cultural heritage.

“We have done this for all the people who work in our group,” Della Valle said. “I think they have the right to expect from a company as ours, which fortunately is doing well, that we show social responsibility.”

The announcement in Rome came just days after the Italian press ran alarming stories about the Colosseum’s stability. Experts reportedly discovered that the ancient building is tilting to one side. The media dubbed it “the leaning tower of Pisa effect.”

But the director of the Colosseum, Rossella Rea, said the tilt happened a long time ago, possibly as a result of earthquakes in ancient times. And as far as she’s concerned, it’s nothing to worry about.

“The monument is very stable,” Rea said. “It is very stable, otherwise we wouldn’t have arranged for the kind of intervention that we are carrying out. We would have obviously opted for a very different course of action.”

The work is expected to last up to three years, and include everything from cleaning and restoring the outside walls to opening up the arena’s basement areas. That’s where historians say gladiators prepared for battle, and where wild animals were held before being set loose on the fighters above. The plan is to open those areas to the public by 2015.

In the meantime, tourists won’t be inconvenienced. The monument will remain open throughout the restoration.

Rome's mayor, Gianni Alemanno, endorsed the plan. He says it’s the most significant investment in the Colosseum in decades.

“I believe it is not an exaggeration to say that a restoration of this magnitude and significance has not been carried out on the Colosseum in the past 73 years,” said Alemanno. “A similar intervention was last staged in 1938-39. And since then there have been various small projects but nothing of this level has been carried out in all this time.”