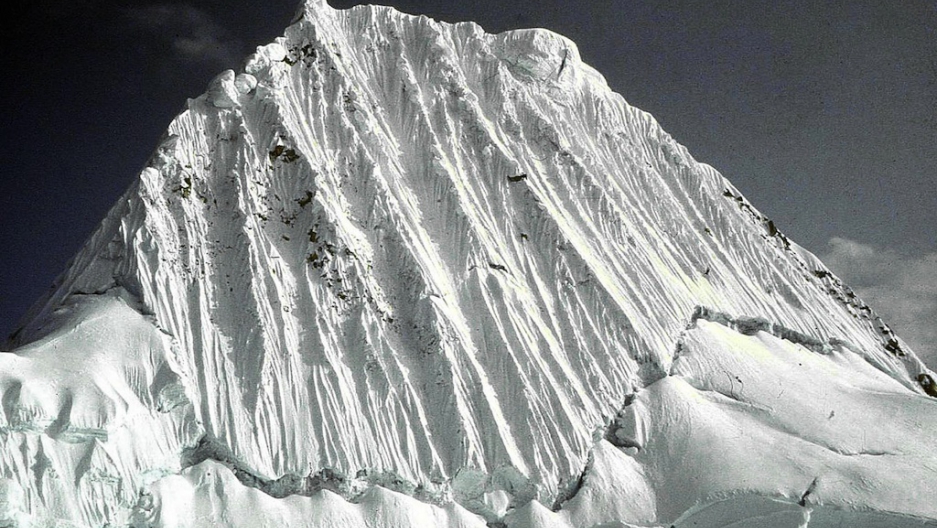 LIMA, Peru — By all accounts, Ben Horne and Gil Weiss were experienced mountaineers. They understood perfectly the risks inherent in the sport they loved.

The bodies of the two Americans, still roped together, were discovered over the weekend below Palcaraju West, a remote 20,000-foot summit in Peru’s Cordillera Blanca range. They are thought to have been descending after pioneering a new ascent.

Ted Alexander, of guiding company Skyline Adventures, who coordinated the retrieval of their remains, believes a block of ice collapsed beneath one of the pair. “They were just unlucky,” he told GlobalPost.

The same may not be said for many of the less experienced climbers, including novices, thousands of whom visit the Cordillera Blanca, often unwittingly taking even greater risks than more serious climbers.

Many are backpackers on a round-the-world journey, who seize the convenience of the numerous Peruvian high-altitude peaks within easy reach, as little as two hours from the local town, Huaraz.

Unlike Horne and Weiss, they need guides to attempt even the least difficult summits — and they are at the mercy of unregulated local mountaineering agencies that typically compete on price rather than safety.

No comprehensive accident statistics are available. Accident reports are rarely written up in Peru. But many of the more reputable guides working in the area warn that cowboy operators routinely risk unnecessary injuries, including fatalities.

“I have seen plenty of what I would call grossly inept guides, people I wouldn’t let walk my dog nevermind take me up a mountain,” added Alexander. “I am always surprised by how few accidents there are.”

On one of my own trips to Huaraz, my agency sent two climbing novices with me up a 19,000-foot mountain without helmets — a must not just to protect from falls but also the much more common danger of falling rocks, ice and gear from climbers higher up.

Mercifully perhaps, neither came close to the summit. Both were bitter that the agency had not suggested a more realistic objective for them.

But there are other problems in Peru too. The police mountain rescue unit is viewed with contempt by most serious climbers, due its lack of skills and commitment. This accident report — one of the few ever written in Peru — into the death of US guide Tyler Anderson makes that lack of professionalism abundantly clear.

Meanwhile, the popularity of the easier summits in the Cordillera Blanca can also cause unnecessary casualties. Two years ago, an Argentine climber almost took several others with him when he fell to his death on Alpamayo, a peak coveted for its perfect pyramidal shape.

He had been climbing “free solo,” meaning without a rope or harness. While that is an accepted part of the sport, questions were asked about why he had chosen to get his adrenalin rush on such a crowded peak, where climbers sometimes even line up for hours to get on the route.

Ecuadorian mountain guide Ignacio Espinsoa, who spends the May-September high season working in the Cordillera Blanca, believes media portrayals of the range’s supposed dangers are wide of the mark.

“All mountains are dangerous. What is notable about the Cordillera Blanca is not its altitude or technical routes, although they both exist, but how accessible it is, and how many people attempt to climb here,” he told GlobalPost. “To get on a 20,000-foot peak in most other places, you have to trek for days.”

Espinosa, who witnessed various guides without basic skills the previous week on 22,205-foot Huascaran, Peru’s highest peak, added that clients should ensure that their guides have a current credential from the International Federation of Mountain Guide Associations, the profession’s gold standard.

Even then, Espinosa stressed, a client should feel comfortable with the guide and trust in his or her experience, judgment and ability to handle a crisis.

But ultimately, whatever their level, all climbers need to be comfortable with the fact that the activity that they love — and in many cases comes to define them — is probably matched in mortality only by base-jumping and spelunking.

Indeed, experiencing the kind of risks that modernity has reduced to a minimum in most other areas of our lives is one of the many reasons that climbers climb.