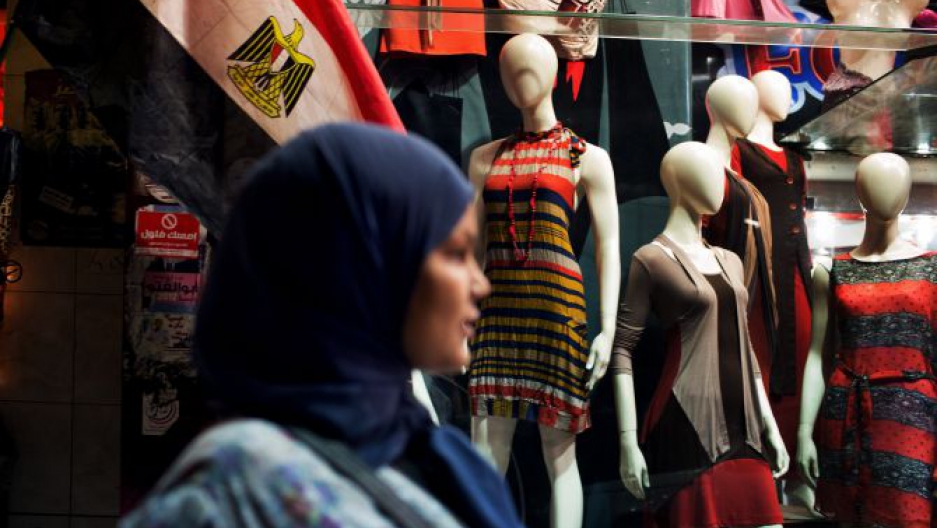 CAIRO, Egypt — When Bothaina Kamel began gathering signatures for her campaign to be not only Egypt’s first democratically elected president, but also its first female leader in centuries, just about everyone knew the campaign wouldn’t succeed.

But that wasn’t the point. As Kamel said during the run-up to the presidential elections in May, “We have to dream.”

The women of Egypt, Kamel included, are certainly dreamers. They dreamt of a government free from tyranny when they held hands with their brethren in Tahrir Square in 2011. They dreamt of a future free from harassment, as report after report of rape and assault by both their men and their military continued to surface.

And while some see the deck stacked too high against Egyptian women, ticking off a new list of obstacles every day, from government surveillance to sexual assault to public derision to exile, many women still dream of being equitably represented in their government and will not stop until they have a decisive say in the future of the country.

These individuals see Egypt’s social climate, including the treatment of women, inextricably linked with its uncertain political future. They say it is impossible to speak about one subject without delving into the other.

More from GlobalPost: A conversation with two Egyptian feminists

For many, the Tahrir Square atmosphere in early 2011 that led to the fall of Hosni Mubarak provided a glimpse of an Egypt that could be. Despite the odds against, a vibrant and multifaceted women’s rights movement continues to grow in post-Tahrir Egypt.

“It was like Paris,” said Meena Tarek, a political activist and worker at the Asian African Bank.

Sally Zohney, a political activist and researcher at UN Women in Cairo, agreed. “It became surreal how perfect the relationship between men and women was. For a month I never thought I was a girl. No one ever looked at me like I was a girl.”

But now, after Mubarak, after the elections which brought the Muslim Brotherhood’s Mohamed Morsi into power, and after the Supreme Council of Armed Forces (SCAF) disbanded the already shaky parliament (which only had eight women, out of over 500 seats) in a “soft coup,” the feminist situation may be more precarious than before the revolution.

Many secular women fear what it could mean that Egypt’s new first lady wears a veil, and that the Islamist Muslim Brotherhood and their political wing, the Freedom and Justice Party, has democratically taken both the presidency and the parliament.

It’s still unknown what the future of the military will be and how much power they’ll have when the dust settles, including if they will be able to reinstate the “virginity tests” performed on female revolutionaries, outlawed last December after Samira Ibrahim filed a court case against practice after being subjected to one in March 2011.

As the door of opportunity for women hangs threateningly on its hinges, no one knows whether it will shut and leave Egyptian society behind as progress is made in other areas of North Africa, or if the strong and growing wind of feminism will blow it wide open, ushering in a new era.

When we first began reporting on Egypt’s revolutionary women last year, a divide emerged as to whether or not the gender dynamics of Tahrir had lingered. Some said things had returned to the status quo, that the utopia of the square was dismantled by the growing disillusionment outside of it.

Others maintained that a new era had begun for Egyptian women, with more widespread political participation and conversations open to a wider range of voices.

Others still emphasized that this was a revolution of the urban middle class, the majority of its constituents belonging to the liberal, elite and non-conformist segments of Egyptian society. As a result, they said, the revolution was only just beginning to spread outside of Cairo, to the majority of Egypt’s population.

But the feminist movement in Egypt has a long history, with many women active in recent uprisings carrying a long history of political and social activism that far predates January 25, 2011. Many who spoke underscored that this feminist past has been too-often excluded from the narratives emerging from Egypt, and how the mainstream media characterizes female revolutionaries as modern anomalies — like “aliens who landed on the moon and marched with men! Side by side!” said Zohney.

Asked to revisit the coverage from the beginning of the revolution, women spoke to both the positive and negative aspects of the reports to date. While many were encouraged that the media was highlighting the issue of gender equality at all, a fight in which they had been personally engaged for years, others were frustrated by what they saw as superficial coverage, with frequent references to women in burqas standing hand-in-hand with those in tight jeans.

Yet one attitude was common amongst all those interviewed – namely, an insistence on abstaining from overarching judgments about what the current state of Egyptian politics means for women, and what their role is in the continuing uprising.

As Mozn Hassan, founder and executive director of the Nazra for Feminist Studies in Cairo said, “Not all your fingers are the same.”

What follows is several such stories, featuring 10 people who are shaping the debate and climate of the women’s rights movement in Egypt today. Some names you may have heard, some you may not, but they each represent a different aspect of the future for women in the new Egypt.

Alex Pearlman contributed to this report.