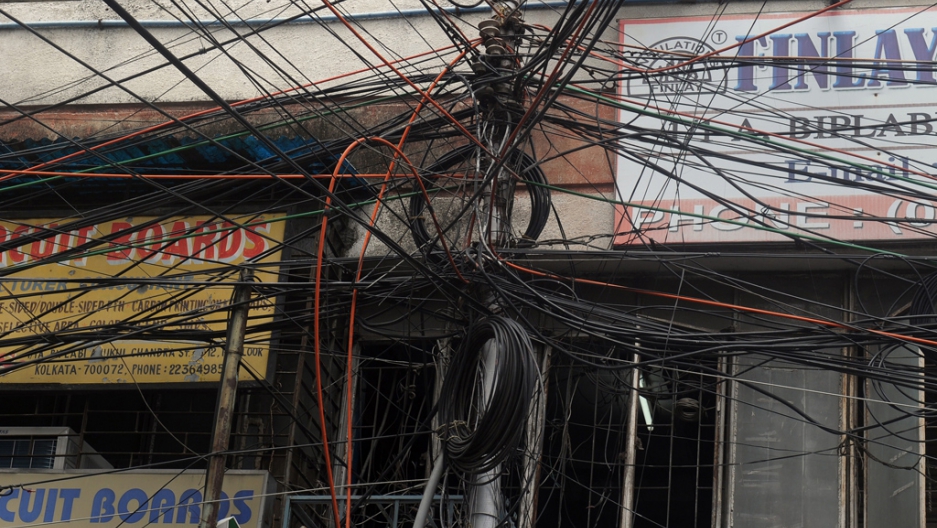 NEW DELHI, India — Several hundred million people, who had been cut off from power across India’s north and northeastern belt, resumed their regular routines yesterday when three failing power grids were brought back to life.

Though the scale of the power outage was vast, but the speed of recovery has been nearly as impressive: Up to 500 million people back online within 24 hours.

Many commentators have highlighted India's insufficient infrastructure in the wake of this latest catastrophe. But perhaps more than infrastructure — power grids are, after all, largely insecure even in developed countries like the US — this latest power failure, dubbed "Terrible Tuesday" by the Indian press, points to persisent and systemic issues in India’s infamous bureaucracy.

The solution? Many experts say the answer lies away from the government and politics, and instead in the private sector. Privatizing power in the world's second-most populous nation isn't something that can happen overnight, but experts say it's worth looking into.

The precise cause of the grid failures is still unknown, though the government has ordered an investigation into the matter. The energy demands of a rising middle class may turn out to be a sizable part of the problem. But also at fault are age-old political ties to power authorities, in a country where at least 300 million people — as many people as live in the US — have zero access to electricity.

Given the size of the Indian market and its largely bi-partisan political structure, power policies and implementation suffer. Most Indian power plants — their management, transmission and delivery — are run by government bodies. The regulatory committees set up to oversee and correct faults are largely run by officers from the Indian Administrative Services, who fall under the purview of the ruling party.

Two-thirds of India rely on electricity generated by coal. Most of this coal is high in ash, creating concern over emissions in India and overseas. Moreover, India’s largest coal supplier, CAOL, is state-run and legendary for its bureaucracy. It is blamed for creating roadblocks in the opening up the space for private players, who run the electricity space in the US.

Analysts say there must be an increase in privatization if India is to fairly supply not only those who lost power over the past few days, but also those who have never had the luxury of a night-light to finish their homework.

“Power is not separate from politics,” said S. L. Rao, an economist who headed India’s first central electricity regulatory commission in New Delhi, almost a decade ago. “It goes into tariffs, it goes into voter groups getting cheaper, subsidized electricity, and it goes into not increasing tariffs when the prices of other materials go up.”

Rao, who has written extensively on regulation, also edited "Powering India," a collection of essays suggesting ways in which the unwieldy power sector could benefit from independent regulatory authorities, healthy competition from the private sector, captive generation of dormant thermal plants and the further development of renewable energy.

Ruet points to accountability and responsibility issues in India’s state electricity boards, and suggests privatization as the only reasonable option.

The country’s electricity boards lose a fortune. “This money could have been spent on roads, health, nutrition,” says Rao. Much of the loss was attributed to transmission and delivery losses.

Folks point to a success story amid the doom and gloom. New Delhi’s chief minister, Sheila Dixit, is no stranger to the power problem. She has gradually developed a privatization scheme for New Delhi, which saw the city’s transmission and delivery losses drop significantly.

The revenue that came out of the privatization scheme allowed her to improve New Delhi’s infrastructure, building roads, hospitals and a metro system, which improved the city’s green spaces.

Small interest groups have tried to prevent privatization in the bigger cities. Consumers assume that private companies will fleece consumers and prefer not to entertain such offers criticizing plant operators for producing excessive coal emissions, cutting down forests and dislocating the vast legions of tribal people who live on some of India’s richest coal reserves.

Experts say privatization is likely to drive prices up, since the price of certain raw materials has also gone up. But this is inevitable, they say, and electricity cannot be subsidized forever.

The chief minister of one state, Punjab, offered free electricity to his constituency of farmers. The populist perspective, which was meant to satisfy voters, resulted in a dramatic reduction of the water table since farmers, unconstrained by electricity bills, would simply leave their water taps on.

Truth be told, India has few options but coal at the moment. Access to gas and renewable energy is limited. India has hydro plants in Kashmir and Arunachal Pradesh. One group of these is off-limits because of a lack of security in Kashmir; the others are in Arunchal Pradesh, much of which is inaccessible because of terrain and lack of infrastructure.