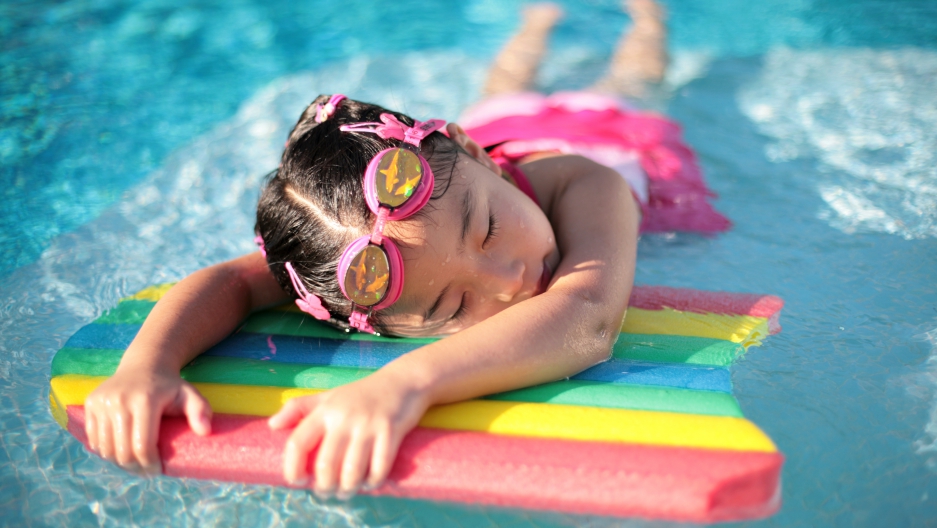 Thirty-seven percent of Americans say they're not good swimmers, while 13 percent say they can't swim at all, according to the Red Cross. (Photo by Tommy Wong via Flickr.)

The U.S. Olympic swimming team is likely to dominate the water at the London Games, where it’s already won 12 medals and counting.

In the 2008 Beijing Olympics, American men and women combined for more than 30 medals in the pool.

But as a country, the United States is barely keeping afloat. Thirty-seven percent of Americans say they’re not good swimmers, according to the Red Cross. Thirteen percent say they can’t swim at all.

Those numbers are even worse among minority groups. A study by the U.S.A. Swimming Foundation found that 69 percent of African-American children and 58 percent of Hispanic children didn't know how to swim.

In comparison, the study found that about 42 percent of the white children had little to no swimming ability.

Carol Irwin, an assistant professor of physical education at the University of Memphis, performed the study four years ago, just before the last summer games. She says it points to a worrisome disparity between whites and minorities.

Irwin says ignoring that disparity is not only irresponsible, but dangerous.

"We're just setting up more and more drowning numbers by not doing anything about it," she said.

Given that the world’s surface is 70 percent water, Irwin says, it’s important for all children to know how to swim.

“We're going to run into water eventually," she said. "Becoming comfortable in our environment is really important, and water is a part of our environment."

Anthony Norris, a board member of U.S.A. Swimming's Diversity Initiative, says the sport's low popularity among African Americans is one reason for the statistical disparity. He says parents who haven’t learned to swim are often hesitant to let their kids in pools.

"The initial reaction would be to keep them away from the water," Norris said, instead of enrolling them in swimming lessons or other programs.

Norris started a swimming program in Memphis to introduce more minority children to the sport. He says it’s so far been a success among African Americans.

"It's one that's very well received once it's communicated and shared," Norris said. "We see it every day with the long waiting list (for) our free and low-cost swimming lessons."