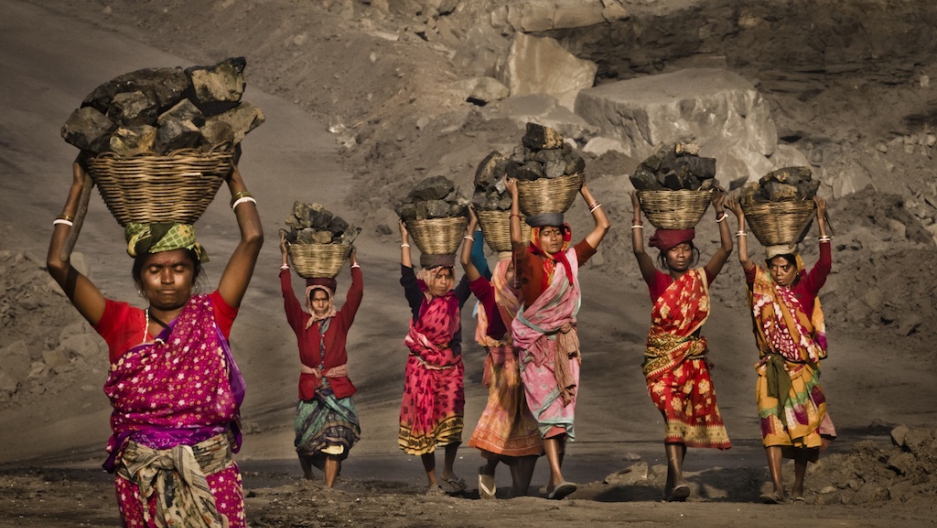 Two hundred coalminers are reportedly trapped in underground mines in West Bengal where mines are operated by government-owned Eastern Coalfields.

In a press conference, India's power minister Sushil Kumar Shinde blamed the outage on states that have exceeded their power quota from the Northern grid, and warned that states will be penalized. He also said that Shinde that power has been restored to 45 percent of the northern region, 35 percent of the eastern region and 100 percent to of the north-east.

But corruption also largely contributes to India's power shortages. A report from the Herald Net points out that "transmission and distribution losses in some states are as much as 50 percent because of theft and corruption by employees in the power industry."

Moreover India has been rocked by mining scandals, most recently India's coalition government has been accused of losing $210 billion in potential revenues by selling coal fields to top industrialists

D.S. Rawat, the secretary general of the Associated Chambers of Commerce and Industry of India (ASSOCHAM), said in a statement that the power outages have "severely impacted economic activities" and pointed to the lack of reforms in the power sector:

"On the one hand it is pity that over 26000 m.w. of power stations are idle due to the non availability of coal, on the other one grid failure has brought the system collapsed.

Mr. Rawat said that the entire power situation at present is headed for disaster as the analysis of all components of it herein would underline.  What is worse is that despite faster build up of new generation capacities and policy reforms, the power situation is rotating in the same groove all along."

Citizens of Gurgaon, often dubbed the millennium city, told NDTV that the power shortage and lack of water have been a major hit to the city.

What's more, the residents said that this isn't at all unusual for them. One male resident said on average they have 10 - 11 hour power cuts when they have to rely on generators and tankers to supply them with water. One resident said its was "hell to live" there, while another said  "If you want a millennium city go to Hong Kong."

While massive-scale power outages like the ones that have crippled the North of the country the past two days aren't frequent, India has long had power problems and rolling power-cuts are commonplace in parts of the country.

India has missed every annual target to increase electricity production capacity since 1951, according to a Bloomberg report.

International companies have long been aware of India's power shortages. In fact, back in 2008, General Electric said India's electricity shortages (and the need to replace its old trains) would help the company meet its 2010 local sales target of $8 billion.

The government has long said that coal shortages have impacted its ability to support India's massive population. And subsidies, price controls and inadequate investment in resources like coal and natural gas have hurt development of its power sector, according to the NYTimes report.

India has frequent rolling power cuts through the day, and in 2011, 289 million people or 25 percent of India's population had no access to electricity, according to a report from the International Energy Agency.

Prime minister Manmohan Singh is trying to get $400 billion in investment in the power sector, as he hopes to get an additional 76,000 megawatts of power by 2017.

Power outages impact economic activity and for a country competing with other emerging economic powerhouses like China, the nation needs urgent investment and reforms in its power sector to bolster its economy.

For now, the government has appointed a three-member panel to study the causes of the power failure, and the committee will submit its report in the next two weeks.

Business Insider: We haven't even begun to feel the effects of skyrocketing corn prices

Business Insider: A showdown is imminent between the Germans and the Draghi

Business Insider: Shares of Coach plunge, and they're blaming the US market