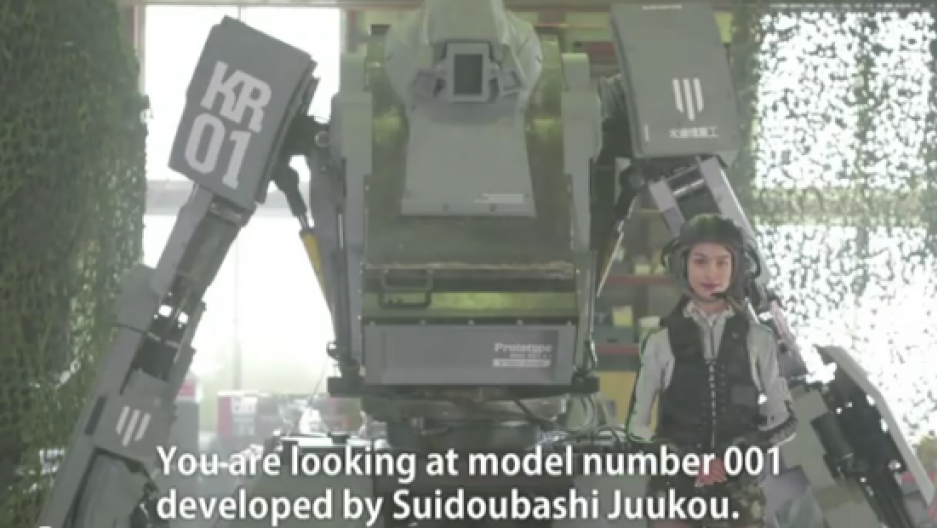 A screen shot of the KR01 Kuratas Battle Mech, unveiled at the Wonder Festival. It's real, over four meters tall, and awesome.
Credit: Screen Shot
Share

Suidobashi Heavy Industry, a Japanese electronics company, built a giant robot with a Gatling gun that fires 100 ball bearings a second. And, according to the company’s website, you can “Buy Dream Now.”

Unleashed at the Wonder Festival, The KR01 Kuratas Battle Mech is the stuff that cartoons are made of. But it’s real.

Four and a half tones, the Kuratas runs on diesel and moves at 10 km/h, according to the Brisbane Times.

But that’s not all. The company writes:

“We could customize your KURATAS as what you hope; holding a squirt gun as a fire fighter, painting a body camouflage as a ranger in jungle, giving a mop and a cleaner as a home cleaning robot, so it is really up to you.”

For an extra $90, you get a cup holder in the cockpit. So buy dream now.

Oh, and by the way, you can control it with a iPhone, according to the Guardian.

Here's everything you might want to know about Kuratas.