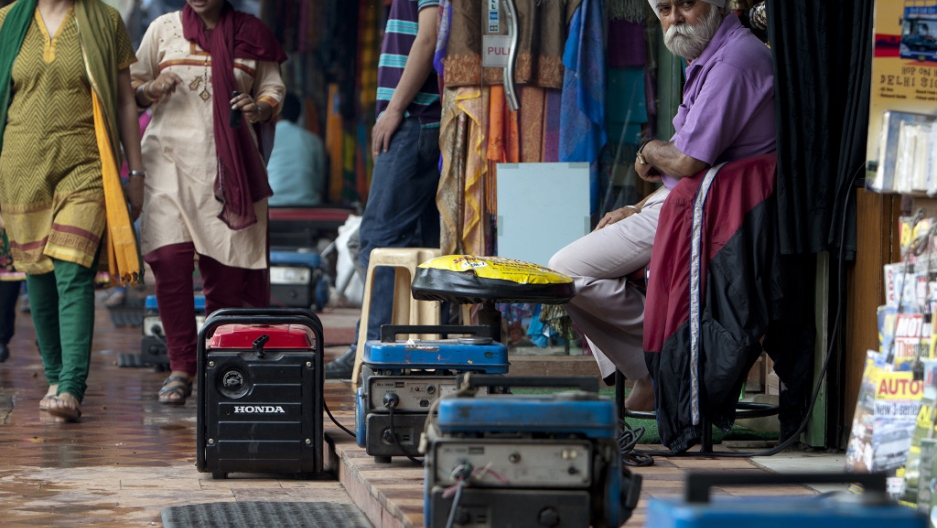 A second, massive power grid failure in India has left more than half of the country without electricity, the Associated Press reported.

An estimated 600 million people – greater than the population of North America – were affected when both the northern and eastern grids collapsed after 1pm local time.

A spokesman for the Delhi Metro Rail Corp said all metro trains in the capital had come to a standstill. Passengers were being prevented from entering stations, while those aboard trains were being evacuated.

Agence France Presse reported that many traffic lights in New Delhi were out for the second day in a row, compounding the travel chaos.

According to the BBC, hospitals and essential services were running on backup generators. VK Agrawal, the general manager of the northern grid, said officials were working to restore the system.

Tuesday's blackout comes a day after cities and villages across eight states were left without power for 15 hours when the northern grid collapsed in one of the world's most widespread electricity failures.

The government said it was unclear what caused the embarrassing power outages, and has set up a panel to investigate. Bloomberg reported that some states had overdrawn power from the system, tripping the network.

The incidents have highlighted concerns about India's outdated infrastructure and about the government's inability to meet India's energy needs, AP reported.