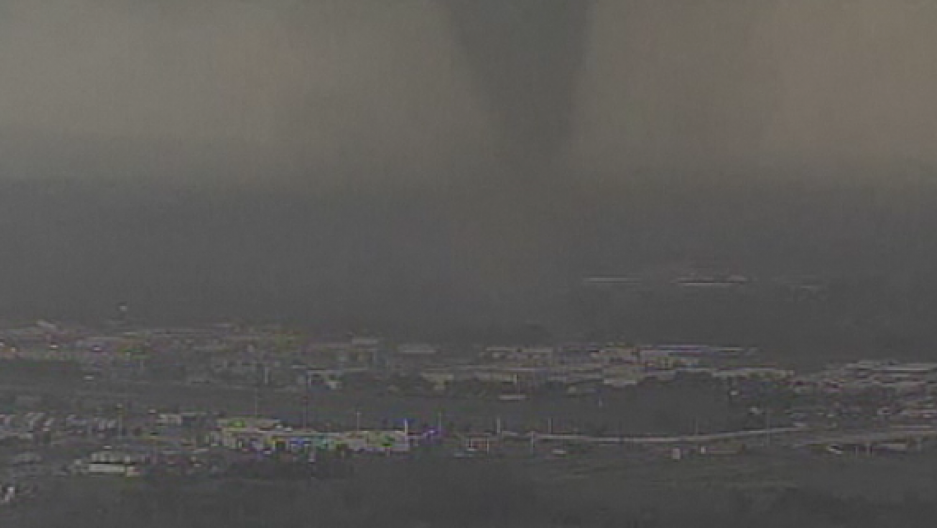 A photographer has captured the second highest altitude tornado on record in the United States, MSNBC reported.

During a drive through the mountains in Colorado last Saturday, Chris Kirby was expecting to photograph a few mountain goats and test his radio equipment. When he saw a rare, high-elevation tornado as it briefly touched down on the side of Mount Evans, he took a photograph of it, he told OurAmazingPlanet.com.

Kirby, who's a registered storm-spotter with the National Weather Service (NWS), sent his picture to weather service staff, they used maps and line-of-sight analysis to determine that the twister touched down at 11,900 feet (3,627 meters), making it the second-highest tornado ever recorded in American history, said David Barjenbruch, a meteorologist with the NWS in Boulder, MSNBC reported.

The National Weather Service confirmed the rare mountain tornado, and estimated that the twister touched down 1.75 miles northeast of Mount Evans.

The tornado was well above the timberline and was rated as an EF-0 because it caused no damage, the Examiner reported.

According to MSNBC, because mountains break up the large-scale weather systems that give rise most tornadoes, high-altitude tornadoes are hardly ever recorded.

The highest tornado ever recorded was in California's Sequoia National Park in 2004.

Watch a video of the twister here: