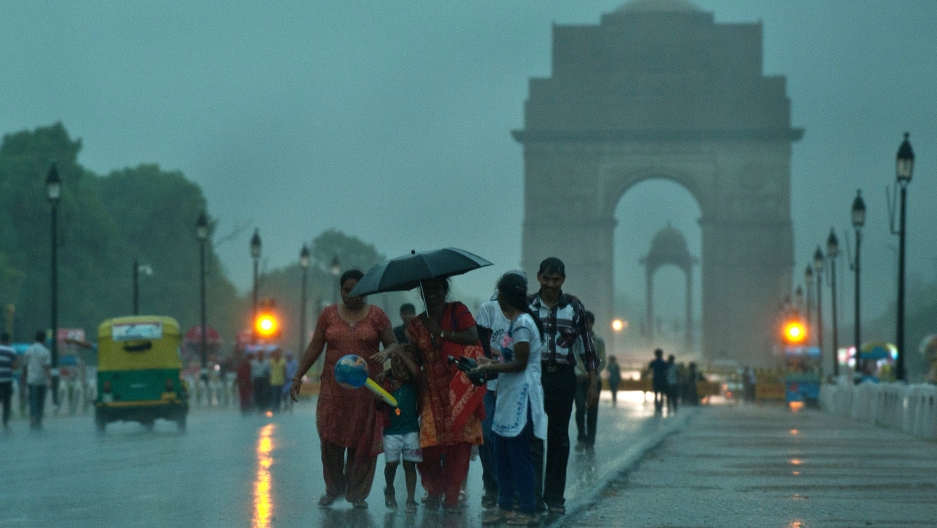 People enjoy the pre-monsoon showers bringing relief from the heat in New Delhi on July 6, 2012. The monsoon is described as the 'economic lifeline' of India, which has a population of 1.2 billion and is one of the world's leading producers of rice, sugar, wheat and cotton.
Credit: PRAKASH SINGH
Share

Power has been partially restored after one of the worst blackouts in a decade hit seven states, including Punjab, Haryana and Uttar Pradesh – and in the capital, Delhi.

It was immediately unclear why the power grid collapsed, at about 2am local time Sunday night, and the government has set up a panel to look into the cause.

The BBC reported that it was possible some states had been using more power than they were authorized to use.

The Delhi Metro services were badly hit, with services stalled for three hours during the morning rush hour. The BBC reported that the network received back-up power from Bhutan, while the Times said about half of services seemed to be back on line after 9am.

There was gridlock on the streets of Delhi, with traffic lights blacked out, while water treatment plants in the city were also shut down.

India's largest power producer, NTPC, said it was working to have the electricity supply restored at the majority of its generating stations by the afternoon, the Times reported.

Restoring services to hospitals and transport systems were being made a priority.