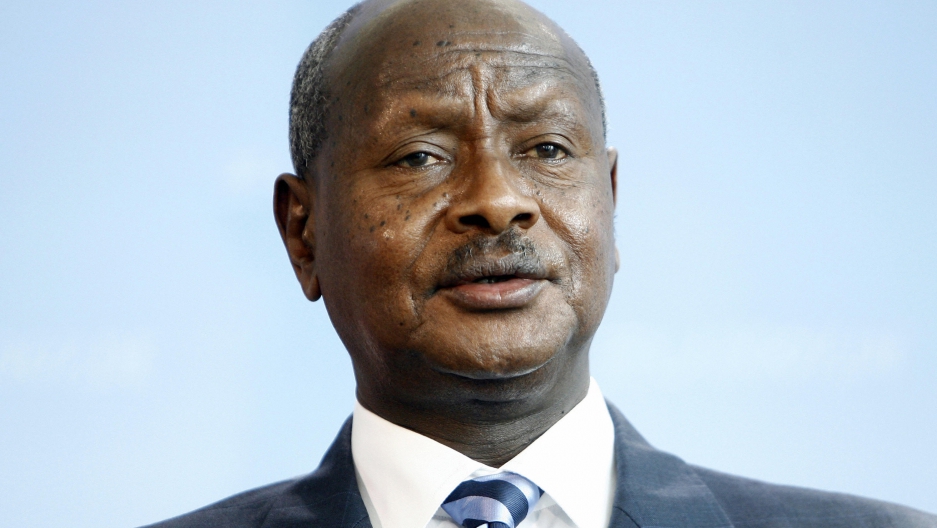 Uganda's President warned Monday of an increasing outbreak of the Ebola virus after first reported death in the capital Kampala.

Yoweri Museveni said in a televised broadcast that people should refrain from physical contact like shaking hands as fears of a further spread of the deadly virus.

"The Ministry of Health are tracing all the people who have had contact with the victims," Yoweri Museveni said in the television broadcast, according to BBC.

"Ebola spreads by contact when you contact each other physically... avoid shaking of hands, because that can cause contact through sweat, which can cause problems," he went on to say.

The Courrier Mail reported that up to six new victims of Ebola is western Uganda have been diagnosed with the disease, bringing the number of infect this month to 26.

More from GlobalPost: Ebola cure may have been found in Canada

Fourteen people have died since the virus broke out three weeks ago in the country.

Seven doctors and 14 health workers are said to be in quarantine after coming in contact with the virus, reported iAfrica.

Among other severe symptoms most deaths from Ebola occur due to total organ failure.

Uganda is no stranger to epidemics.

NewVision reported that in the last 50 years, the country has faced leprosy, the plague, cholera, meningitis, Ebola, Marburg fever, Polio, Hepatitis E and most recently, the nodding disease.