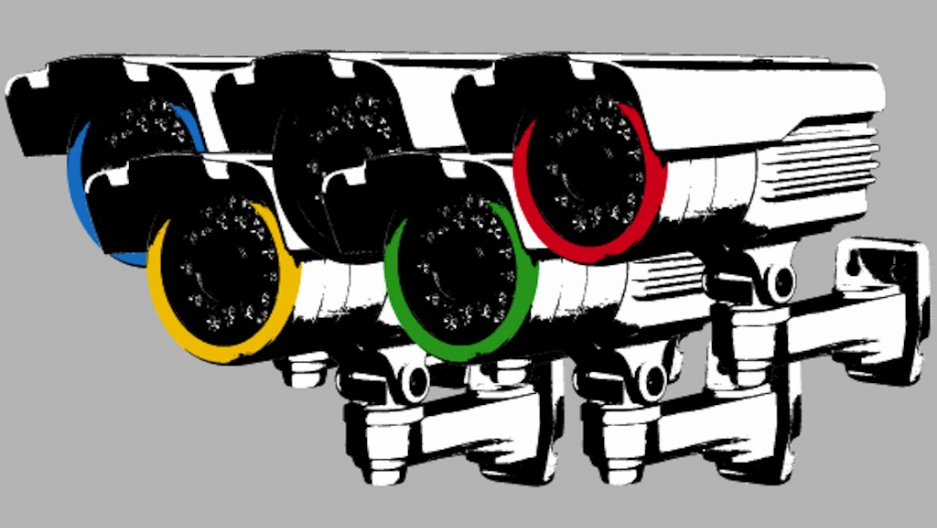 The Olympics were initially meant to bring countries together, and the Olympic torch was originally conceived as a symbol of harmony. But that vision may be a little too idyllic for modern times. Economic hardship and social unrest continue as London's Games get rolling, and organizers have braced themselves for a variety of demonstrations.

More from GlobalPost: London protesters gear up for the Olympic games

Already, as many as 400 took to the streets on Saturday in East London to demostrate against what they call the "Corporate Olympics." Police reported that the demonstration, organized by the Counter Olympics Network, unfolded "without any incident," but protesters voiced their anger over free tickets for the upper class and "roads being turned into exclusive highways for VIPs." The placement of missiles on residential rooftops was another complaint among the activisits.

In addition to the Counter Olympics Network, GlobalPost takes a look at four more protest groups that are likely to make a scene in London: Space Hijackers, Art Not Oil, Greenwash Gold, and Anonymous.

1. Counter Olympics Network (CON) is an umbrella group for people and organizations with a variety of concerns — including the environment, corporate power, civil liberties, housing and labor issues and more.

What they want: With so many broad concerns on its agenda, CON views the Olympics as a place to be heard. On its website, CON states its mission: “Our aim is not to oppose the Olympics as such, but to use the spectacle to strengthen existing campaigns and activism on local issues like housing, privatization and surveillance. We also want to hold the organizers of the Olympic games to account, to ensure the promises made to the local people impacted on by the Games are kept.”

How they go about getting it: A little civil disobedience. CON’s website includes updates on current campaigns, such as the "Counter Olympic Torch Relay," and also advertises upcoming events and demonstrations. Saturday's protest was titled "Whose games? Whose city?" and the poster promised “a fluffy, family friendly protest for all.”

Best known for: CON has emerged as a main organizer of protests during the games, and coordinates with many other groups like Our Olympics and Drop Dow Now. CON’s website is where to go to find out about upcoming events, meetings, and demonstrations.

How they are seen by others: In April, Businessweek noted that the groups present at CON’s organizational meeting were focused on disruption, but the activists demonstrated organizational skills by using sign language to show support for an idea rather than by interrupting the speaker. A Reuters article also published online in April refers to CON as a “local campaign,” but it seems that this group has the potential to organize serious anti-Olympic action.

2. The Space Hijackers have dubbed themselves “the official protesters of the London 2012 Olympic games.” This London-based collective of “anarchitects” started in 1999. Now, anywhere from two to 30-plus people come together for a hijacking project. Most hijackers are between 16 to 65 years old, but some like to get their kids involved as well.

What they want: As you may have guessed, the Space Hijackers focus on space — the kind that’s all around us. They “oppose the way that public space is being eroded and replaced by corporate profit making space,” according to their website. Through their various projects in the London area, the Space Hijackers “attempt to raise awareness of issues within spaces and change how these spaces are used...” As far as the Olympics go, the Hijackers have a lot to say about how the games will negatively impact London: “We feel the sport, the point of the games, has got completely lost under the weight of logos and corporate sponsorship."

See the Space Hijackers’ Top 10 reasons to protest the Olympics

How they go about getting it: Past demonstrations have included games of cricket against capitalists in London’s financial district, spontaneous games of Starbucks “musical chairs,” and even attempting to auction off a tank to the highest bidder at a DSEi (Defense Systems Equipment International) arms fair in East London.

Best known for: The Space Hijackers posted a logo on their Twitter account in May that resembled the “official” Olympic logo. Their intention was to parody what they see as the commodification of the Olympic games. The hijackers explain, “Given that there is an official chocolate bar, an official television, an official junk food supplier, a never ending list, we felt someone had to step up to the mark and declare themselves the Official Protesters.” The London Organizing Committee of the Olympic and Paralympic Games, the games’ official organizing body, contacted Twitter, apparently concerned that someone might think the Hijackers were an official sponsor. The Hijackers’ account was temporarily disabled as a result, earning the group both media attention, and, as they see it, further confirmation that they are indeed the official protesters.

How they are seen by others: Some call them inventive, some call them comical, and others think they are reckless, but the fact is that these anarchists and anti-capitalists love to stir up a little satiric trouble for their cause.

3. Art Not Oil is on an aesthetic crusade against Big Oil, emphasizing “creativity, climate justice, and an end to oil industry sponsorship of the arts.”

What they want: The group seeks to highlight the link between oil and art, a connection that may not be immediately clear. According to its website, the organization “encourages artists — and would-be artists — to create work that explores the damage that companies like BP and Shell are doing to the planet, and to celebrate the role art can play in counteracting that damage, seeking solutions or simply lifting the spirits.”

How they go about getting it: Online galleries feature art that varies in medium and content, but share similar themes about nature and corporate greed. A recent gallery, “Cultural or Vultural 2012?” displays pieces inspired by controversy surrounding the cost, sponsors, and heightened security of the Olympics. Art Not Oil has collaborated with Liberate Tate, London Rising Tide, Reclaim Shakespeare and other organizations in the past, and its website urges people to make art, cut their carbon, and speak out against environmentally unfriendly funding.

Specific targets: The group has critcized BP’s “PR offensive” in the wake of the oil spill. “Sponsorship of galleries, museums and other cultural spaces is one of the most important ways BP tries to protect its reputation and buy our acceptance. By breaking off BP’s relationship with our most prestigious cultural institutions, we strike a blow to BP’s precious brand…” Another “cultural space” that BP is sponsoring happens to be the London Olympics.

4. Greenwash Gold is a campaign composed of three separate organizations — London Mining Network, Bhopal Medical Appeal, and UK Tar Sands Network — each with its own human rights and environmental concerns. The coalition focuses on three of the more controversial Olympic sponsors.

Who they hate: BP, Dow Chemical and Rio Tinto. BP’s part in the Deepwater Horizon oil spill and its efforts to extract oil from the tar sands have Greenwash Gold upset about its title as “Sustainability Partner” for the Olympic games. Dow Chemical’s ties to the Bhopal disaster make it a controversial sponsor as well. Lastly, Rio Tinto’s agreement to supply the metal for the Olympic medals, despite its history of human rights abuses and pollution, have Greenwash Gold up in arms. Greenwash Gold feels that the truth about these companies is being “greenwashed,” or covered up, so that the London 2012 Olympics can be marketed as the “greenest ever.”

How they get what they want: Exposure and awareness. Greenwash Gold runs a website that encourages audience participation. Website visitors can vote for the recipient of the Greenwash Gold medal after viewing the three short animated films on BP, Rio Tinto, and Dow Chemical The recipient of the Greenwash Gold medal will be the company that “is covering up the most environmental destruction and devastating the most communities while pretending to be a good corporate citizen by sponsoring the Olympic games.”

More from GlobalPost on the beef with BP and Dow Chemical

5. Anonymous is a “hacktivist” collective, probably more of a distantly connected network than a tight-knit organization.

What they want: Members of Anonymous are mainly advocates for freedom of speech, particularly on the internet. But in recent months they have turned their attention to the Olympics. In a YouTube video released in February, a masked member of Anonymous expresses concerns about enhanced police powers during the 2012 games and increased military presence in “our streets.”

Their slogan: “We are Anonymous. We are Legion. We do not forgive. We do not forget. Expect us.” Sounds like something from a futuristic dystopic novel. Fitting, since Anonymous seems to draw on the 2005 movie, “V for Vendetta,” a film based on a comic series about a masked rebel fighting  a totalitarian government in the United Kingdom.

Best known for: Those Guy Fawkes masks that keep appearing at Occupy events. And of course hacking everything from Paypal, which they targeted for not processing payments meant for Wikileaks, to the Syrian Ministry of Defense website.

How they hack: In a DDOS, or distributed denial of service attacks, skilled hackers target a website they wish to shut down, and overload it until no one can access it.

Battle of the hacktivists: Anonymous vs. Telecomix

In response to SOPA, Anonymous hackers target the US government