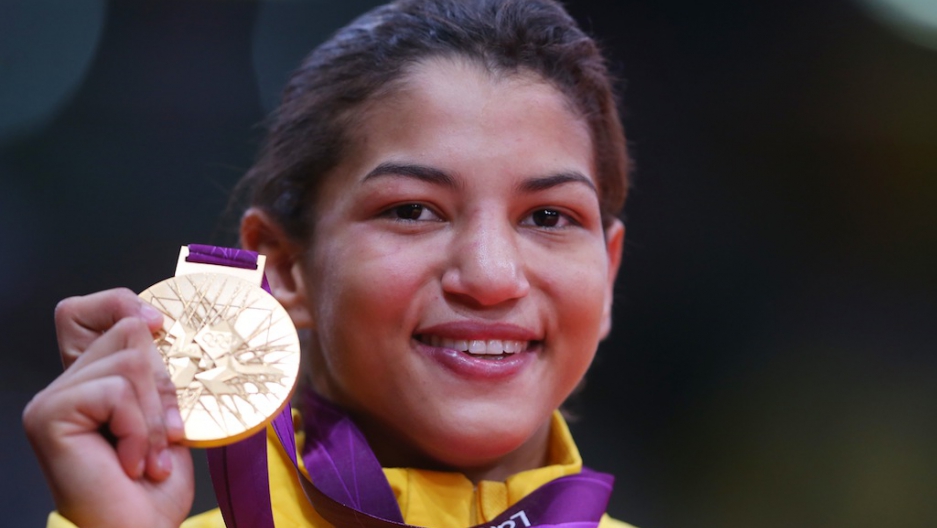 After defeating Romania's Alina Dumitru, the reigning Olympic champion in the women's 48kg category, on Saturday, Menezes — who used to sneak off to train because her parents disapproved of judo — said it would take time for her win to sink in, according to Reuters.

"The penny has only half-dropped," Reuters said she told reporters. "I hoped one day to reach the Olympic podium and I did it at the age of 22, so I'm very, very happy. I believe that this medal will change my life."

But Menezes's win didn't come easy. She got off to a shaky start on Saturday, barely making it through her preliminary rounds by the smallest possible margin, reported the Associated Press. By the time she made it to the final fight, she managed to throw Dumitru twice for a convincing win.

Dumitru came into the London Olympics as the favorite after her 2008 Beijing win and three world medals, according to Sports Network. The 29-year-old had already announced her plans to retire following this year's Games, and her loss hasn't made her change her mind.

"This is my last Olympic Games," she said. "I want to go and have a family."