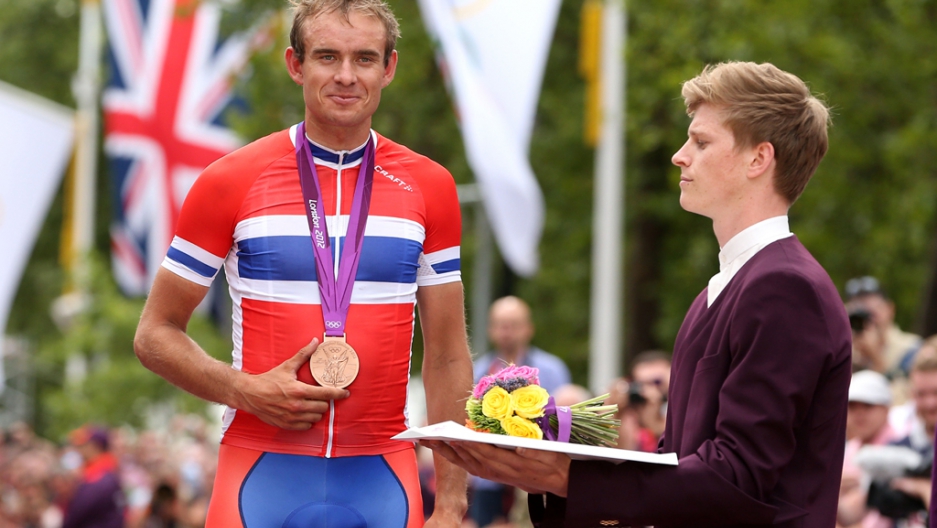 The Olympics are shattering gender norms this year in more than one way: now, only men are serving as medal and flower bearers, instead of the traditionally buxom women usually appointed to the role.

Women will escort athletes and presenters, says Reuters - and the men will follow behind with the flowers and medals for winners. You can view the aggressively purple outfits at the London Organising Committee of the Olympic and Paralympic Games' website.

LOCOG denied charges of sexism in dividing up awards ceremonies roles by gender, the Telegraph reports. With the new division of labor, there will only be 100 women involved in awards presentations, as opposed to 200 men.

Why weren't the roles split evenly be gender? LOCOG cited "uniform design" to the Telegraph.

The move is a departure from the 2008 Olympics, where female medal and flower bearers had to adhere to a stringent standard of beauty, and were put through an intensive training school - see the video below.

According to the Telegraph, there will be a lot of presentations: 805 events, in 30 different venues will require the work of both escorts and flower and medal bearers. Of both genders.

LOCOG also revealed that the female escorts makeup will be "purple and gold" hued - Olympic micro management at its finest.