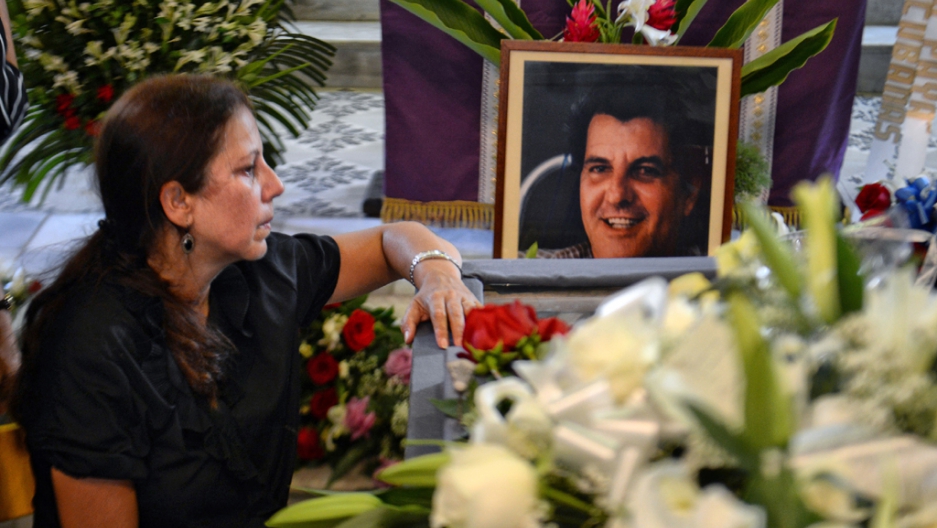 The widow of well-known Cuban dissident Oswaldo Paya has rejected a government report that said driver error caused the car crash that killed her husband a week ago, the Spanish news agency Efe reported.

Ofelia Acevedo said she “in no way accepted” the official line that excessive speed caused the car to spin out of control after it reached an unpaved stretch of road near Bayamo, 500 miles east of Havana.

Acevedo said she has been denied access to “information” the Cuban Interior Ministry used in its investigation into the crash – and is demanding to meet with the driver, Spanish politician Angel Carromero, who survived, along with another passenger.

The report said Carromero was driving at more than 75mph when he made an “incorrect decision” to abruptly apply the brakes on a slippery surface, the BBC reported.

The vehicle then hit a tree. While Carromero and a Swedish passenger in the front seat, politician Aron Modig, suffered only minor injuries, Paya and another opposition activist, Harold Cepero, were killed.

Released on state television Friday, the report said both victims were seated in the back of the car and were not wearing seat belts.

Acevedo told Efe: "Until I'm able to speak with Angel and Aron, the last two people who saw my husband alive, have access to the expert reports and have the advice of people independent of the Cuban government, I can't have an idea of what really happened that day.

"I learned of the official version of the events on television. The right thing would have been to inform the family beforehand so I could express my doubts.”

The BBC reported that a source at the Spanish embassy in Havana said Spanish officials had been denied consular access to Carromero since the day after the crash.

The unnamed source said he had been moved to a police detention facility in Havana.

Paya's son, also named Oswaldo, earlier told the BBC the family believed his father's car had been forced off the road by a second vehicle.