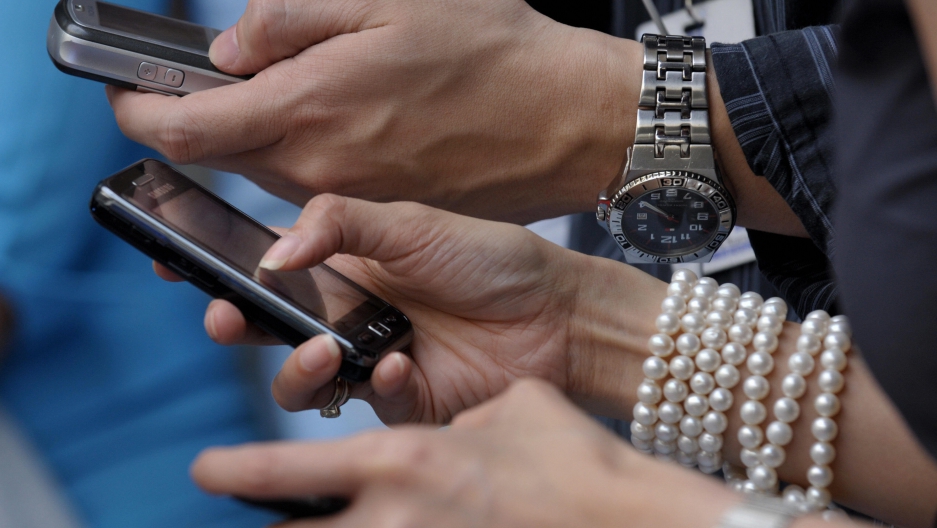 Texting may be leading to bad grammar in teens finds a new study.

Researchers from Penn State have found that teenagers who use text messages to communicate tend to have worse grammar skills than those who don't.

Red Orbit said that the study tested the grammar skills using exams of those teenagers who texted frequently.

Texting often uses homophones, initials and other techniques to simplify and shorten messages.

With little use for correct spelling and rarely practicing good grammar, text message speak gets ingrained.

More from GlobalPost: Austerity in the UK: Where’s the rage music?

"They may use a homophone, such as 'gr8' for great, or an initial, like, 'LOL' for laugh out loud," said Drew Cingel a doctoral candidate at Northwestern University and one-time undergraduate at Penn State where he started the research, reported Chicago Now.

"An example of an omission that tweens use when texting is spelling the word would, w-u-d."

Cingel said he got the idea for the study after receiving incomprehensible text messages from his nieces, said Science Daily.

He wrote, "I had to call them and ask them, 'what are you trying to tell me?'"

The study was published in the journal New Media & Society.