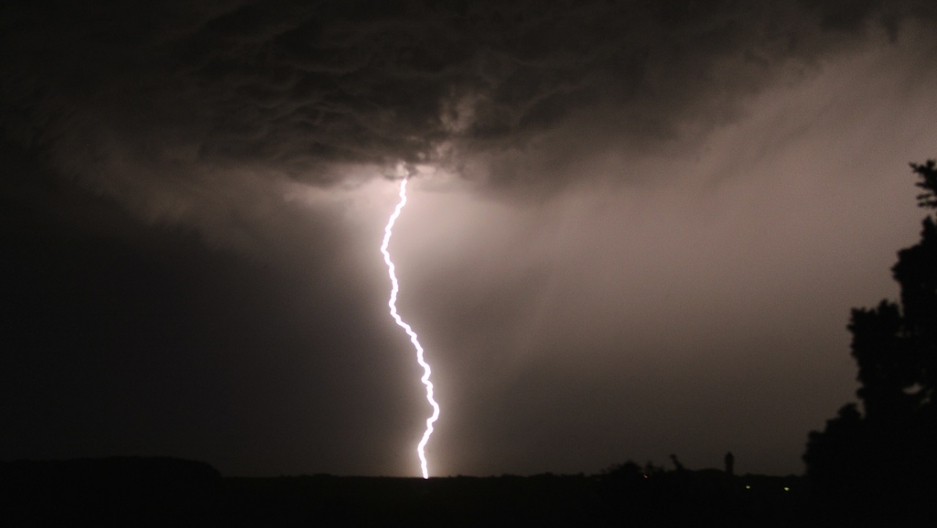 A freak lightning strike is believed to have killed the four hikers.
Credit: ALAIN JOCARD
Share

A bolt of lightning is being blamed for the deaths of four Polish hikers, whose bodies were found early Friday.

The four, a married couple in their 50s, their daughter and her boyfriend, both aged 22, had been hiking on a tourist track in Poland’s rugged Pieniny mountain range, Reuters reported.

According to the BBC, the hikers were reported missing on Wednesday when they failed to return from their expedition near the Slovak border.

Police using tracker dogs and helicopters were dispatched to look for the family. Their bodies were found at the bottom of a ravine several hundred meters from their hostel early Friday.

"We saw violent bolts of lightning around the place where they were located, which is why this option (a lightning strike) is the main one currently being considered," police officer Jacek Bobek said.

The Associated Press said the victims were from the Polish capital, Warsaw.

"It is extremely rare for a single bolt of lightning to kill four people," said Mariusz Zarod, a mountain rescue official.

More from GlobalPost: German U-boat found off coast of Nantucket 70 years after sinking