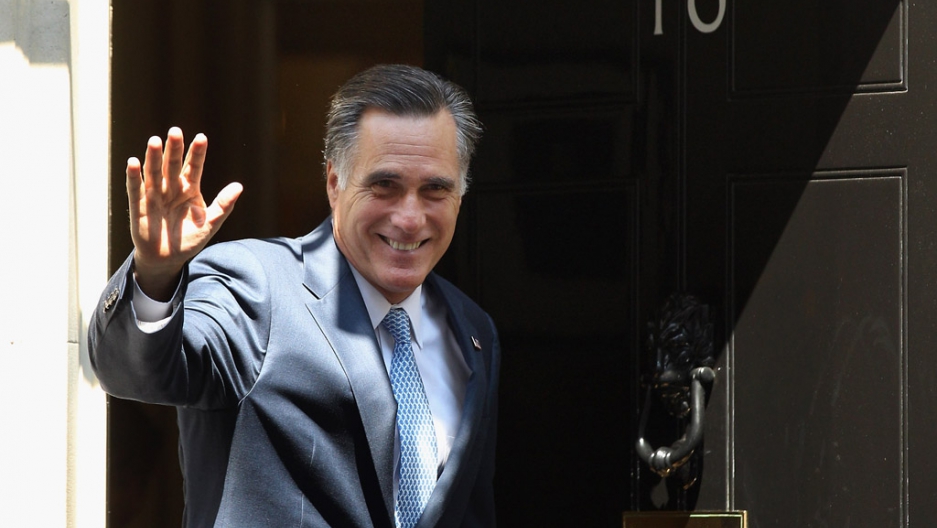 Mitt Romney, the presumptive Republican nominee for the presidential election, arrives at 10 Downing Street to meet with British Prime Minister David Cameron on July 26, 2012 in London, England. Mitt Romney is meeting various leaders, past and present, on his visit to the UK including Tony Blair, Ed Miliband and Nick Clegg.
Credit: Oli Scarff
Share

American Olympic great, Carl Lewis, has criticized Mitt Romney for suggesting London may not be ready for the Olympics, saying he should have stayed at home.

Lewis, who spoke to The Independent as US First Lady Michelle Obama arrived in London to lead the US delegation, said: "Every Olympics is ready, I don't care whatever he [Romney] said. I swear, sometimes I think some Americans shouldn't leave the country. Are you kidding me, stay home if you don't know what to say."

Asked whether London was ready to stage the Games, Lewis said: "Of course London is ready."

Romney was heavily criticized and mocked for his comments yesterday, and for seemingly forgetting the Labor leader Ed Miliband's name during a press conference.

The Guardian reported that during an NBC News interview on Wednesday, the Republican candidate said he found some news reports about security and a threatened strike of immigration workers "disconcerting" and questioned "how well it will turn out."

His comments sparked an uproar, with much of the criticism coming from the social networking site Twitter - many users tagging comments about Romney with the hashtag #romneyshambles.

Hoping to get past the furore he created in London, Romney went on morning television in the US today, telling NBC News that he's "absolutely convinced" Great Britain is ready to host the Summer Olympics.

"After being here a couple of days it looks to me like London is ready," Romney said on NBC's Today show this morning. "What they've done that I find so impressive is they took the venues and put them right in the city," USA Today reported.