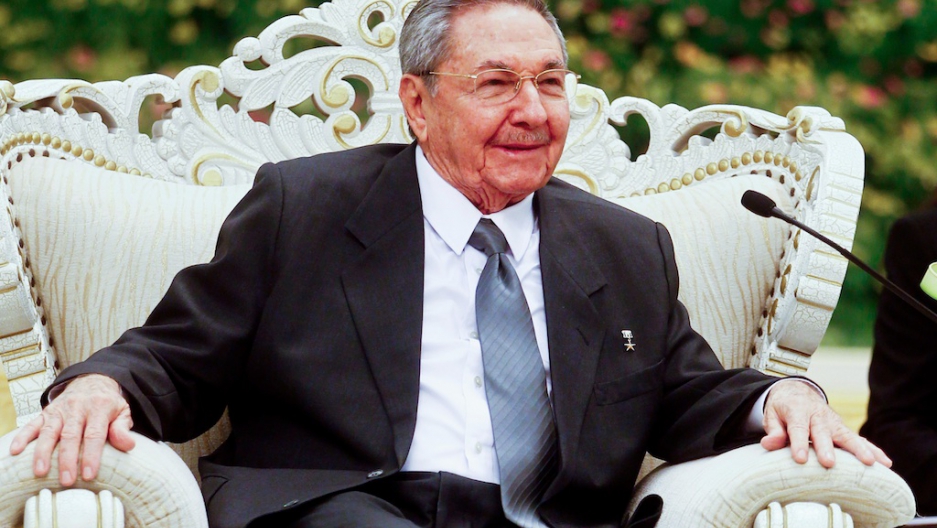 Cuban President Raul Castro during an official visit to China on July 6, 2012.
Share

Cuban President Raul Castro made an address at a Revolution Day ceremony and said he is willing to hold talks with the US.

Castro said he would speak with the US as long as it was "a conversation between equals," reported BBC News. The president said that the offer had already been extended through diplomatic channels and that no topic was off limits.

"Any day they want, the table is set. This has already been said through diplomatic channels," Castro said, according to Fox News. "If they want to talk, we will talk."

He also added that the US will have to be prepared to hear his country's complaints about issues in the US and its European allies, said Fox.

More from GlobalPost: Cuba, out at home

Later that same day, Assistant Secretary for Public Affairs at the US State Department Mike Hammer said Cuba has to institute democratic reforms, improve human rights and release Alan Gross — an American serving 15 years for bringing communication equipment into Cuba illegally while participating in a democracy-building program funded by the US Agency for International Development — before talks could begin, reported the Associated Press.

"Our message is very clear to the Castro government: They need to begin to allow for the political freedom of expression that the Cuban people demand, and we are prepared to discuss with them how this can be furthered," Hammer said. "They are the ones ultimately responsible for taking those actions, and today we have not seen them."

According to BBC, Cuba and the US have not had diplomatic relations for five decades.