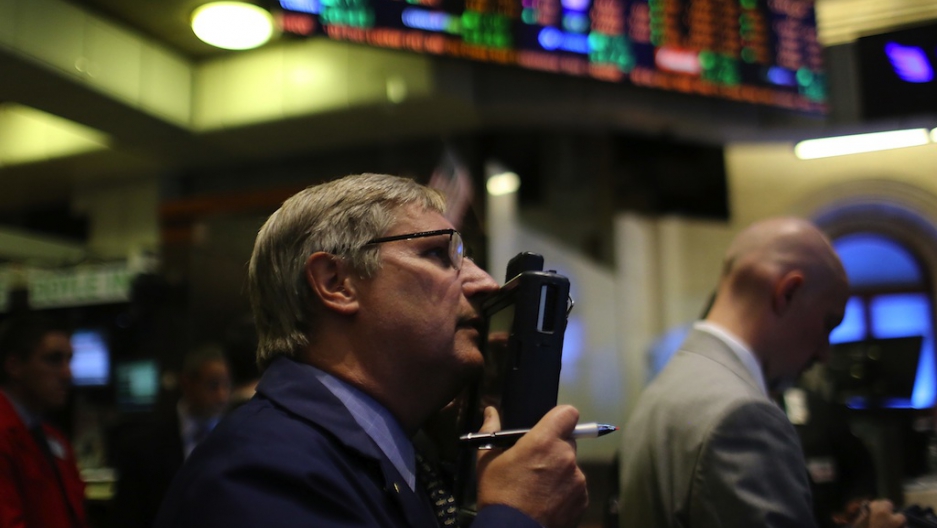 Stocks closed out a volatile week with sharp gains Friday, with the Dow crossing above 13,000 for the first time since May.

Investors expressed optimism that the Federal Reserve and European Central Bank may provide further stimulus to prop up the global economy, according to CNBC.

More from GlobalPost: US GDP growth slows to 1.5 percent in second quarter

The Dow Jones industrial average was up 188 points, or 1.5 percent, by market close, reaching the 13,000 mark for the first time since May 4.

"Stocks are moving higher on the hopes that we finally will see some action to stabilize the situation in Europe," Peter Cardillo, chief market economist at Rockwell Global Capital, told CNN.

The Federal Reserve also meets next week, and cries for another federal stimulus are growing on continued stagnant job growth and unmployment figures.

Data released Friday showed US gross domestic product growth slowed to a 1.5 percent annual rate in the second quarter as consumers spent at their most sluggish pace in a year, according to Reuters.