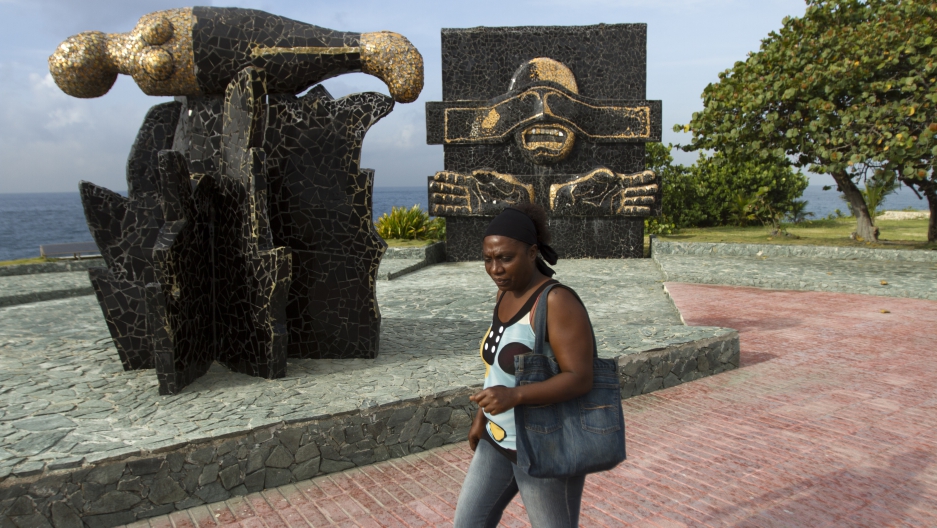 A woman passes by the monument that commemorates the place where Dominican dictator (1930-61) Rafael Leonidas Trujillo was executed on May 30, 1961, in Santo Domingo, on May 30, 2012.
Credit: ERIKA SANTELICES
Share

A teenage cancer sufferer in the Dominican Republic, where abortion is banned, had been denied life-saving chemotherapy because she was around 10 weeks pregnant and the aggressive treatment could kill her unborn child.

The 16-year-old girl was dying of acute leukemia at the Semma Hospital in the capital city of Santo Domingo, according to CNN.

In the Dominican Republic, the Catholic Church remains a central influence on abortion debates, and only wealthy women who can pay private doctors have access to them.

Esperancita, as the unnamed girl had been called by the country's press, had dominated national headlines over the past week, Reuters reported.

Social media networks had reportedly been filled with debate about the abortion law and expressions of support for the girl and her mother, Rosa Hernandez.

Hernandez had been "begging" doctors and the Dominican government to make an exception for her daughter.

"My daughter's life is first. I know that [abortion] is a sin and that it goes against the law ... but my daughter's health is first," Hernandez said, CNN reported.

However, the abortion ban passed in 2009 specified that "the right to life is inviolable from the moment of conception and until death."

That meant that abortion is illegal even in cases of incest, rape or extreme fetal malformation.

Doctors had not started treatment for fear they would be prosecuted and put out of practice if they broke the law, CNN wrote.

However, authors of the Constitution's anti-choice law, "Article 37," claimed it was legal for the mother to get the chemotherapy.

"What we have clearly said is that in this case doctors are authorized by the Constitution to treat the patient. They don’t have to worry about anything. They have the mandate of protecting both lives."

The girl's plight was brought to light by the Dominican Republic’s El Nacional newspaper.

Gynecologist Lilliam Fondeur wrote that rounds of chemotherapy would possibly kill the fetus, which would be regarded as a crime under the country’s stringent abortion laws.

“The treatment will very likely deform the fetus. The young girl should be able to get an abortion as well as the treatment. But doctors in the public health system are afraid to carry out the procedure because it’s unconstitutional,” Fondeur told Reuters by telephone from Santo Domingo.

Reuters, meantime, quoted critics of the abortion ban as saying that the debate over the girl's right to treatment has itself caused harm to the girl by delaying treatment.