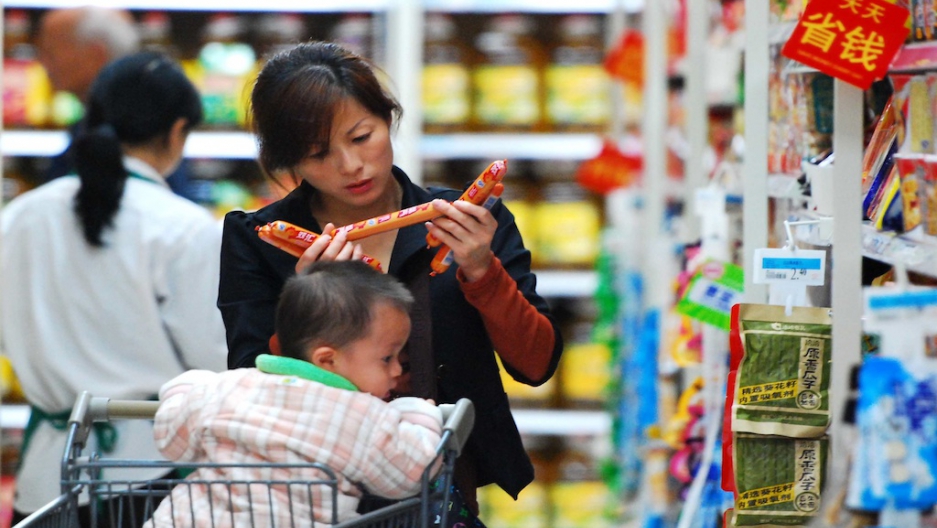 Drought in the US has led to an increase in food costs that can be in China.
Credit: ChinaFotoPress
Share

HONG KONG, China — As the world’s largest importer of American agricultural products, China stands to get walloped by the drought that is ravaging US croplands.

With the worst dry spell in 50 years threatening to kill corn and soybean crops across a wide swath of the Midwest, driving food prices to record highs, Chinese officials are bracing for a shock that could complicate plans to revive the economy this year.

In 2011, China imported $20 billion worth of soybeans, corn, cotton and hides from US farmers, surpassing Canada for the first time.

China is particularly dependent on soybeans, which have become a crucial feed crop for the country’s massive pig farms. As more Chinese can afford to eat meat more regularly, pork consumption has skyrocketed. More than half of the world’s pork is now produced and consumed within China. Corn imports are also important, with China purchasing more from the US than any country but Japan. Next year, it is expected to buy 5 million tons of American corn.

But analysts don’t expect the prices to come down anytime soon. A bullish run on soybean futures drove up the cost to $16.92 per bushel for November delivery, beating the previous all-time high of $16.37 set during the global food crisis of 2008.

All this constrains Beijing's ability to fix its economy. If rising food prices boost inflation, the government would have less room to increase the money supply and fuel growth — a key concern given that the economy has been slowing all year.

Already, analysts are predicting that ordinary Chinese could feel some sticker shock when they go to the butcher. Zhang Zhiwei at Nomura says that the “sharp rise of global agricultural prices will likely push up pork prices in China,” according to the Financial Times.

Food processors, including one of the largest instant-noodle manufacturers, are bracing for lower margins due to increased costs.

Still, a few factors make analysts hopeful that China, despite its reliance on US imports, will survive the drought relatively unscathed.

First, though China buys a lot of US agricultural products, it is nearly self-sufficient in terms of basic food staples, such as rice and wheat. This is no accident: famine and food shortages have repeatedly led to unrest throughout China’s history, not least in the disastrous Great Leap Forward that killed roughly 20 million between 1958 and 1961. As a result, the government has deliberately sought to cultivate domestic food supplies, and minimize dependence on the global market.

“China endeavors to be close to self-sufficient,” says professor Harold Corke, who studies food security at the University of Hong Kong. “Rising prices will squeeze out buyers from, for example, Africa, long before they impose serious problems in China.”

Second, inflation in China is already falling. Thanks to the slowing economy and cooling real-estate sector, inflation is nowhere near last year's 6 percent rate — in fact, it fell slightly over 2 percent in June. Pork prices, which pushed up consumer grocery bills last year, are now 12 percent lower than they were in 2011.

Not everyone is convinced that higher corn and soy prices will have much impact. As Frederic Neumann, economist for HSBC based in Hong Kong, wrote in an an analyst's note, the current surge in commodity prices is “unlikely” to push China's inflation rate back up. Oil and rice matter much more for determining food prices, he says.

“How worried should we be? Not overly,” he writes. “Sure, Asia has structural inflation problems. But soy isn’t one of them.”

But that’s not to say China’s economy is out of the woods. China’s economic miracle has been looking shaky this year, with GDP growth down to its slowest rate in three years.

Whether food prices rise modestly or substantially, this is one more complicating factor — among many — that Chinese politicians have to juggle this year. Wages keep rising by 15 to 20 percent, imperiling China's advantage as the low-wage workshop for the world. Resurgent nationalism is fueling conflict in the South China Sea. Talk of corruption is rampant after the fall of Bo Xilai. And the party's image is in tatters after the flight of blind activist Chen Guangcheng.

These would be concerns in any normal year, but with the all-important transfer of power looming this autumn, the Communist Party is on the alert to avert any further disasters. Historically, rising food prices have served to ignite latent discontents, in China as in many other countries. While the drought in America seems unlikely to cause any more than a headache for China, it is a headache that Beijing would rather not have now.