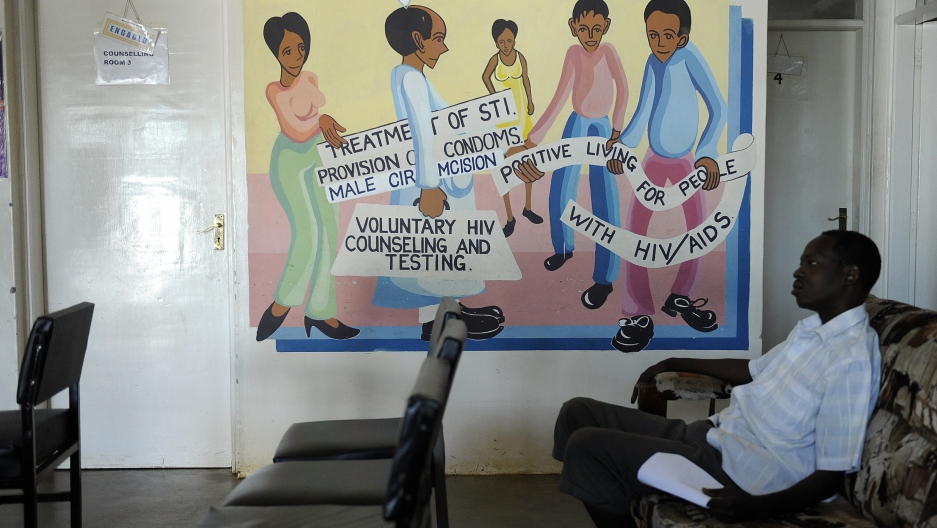 The 2011 International AIDS Conference brought up ways of preventing the spread of AIDS infection. Some of the ways Africans can prevent the spread are displayed in this mural in Kenya.
Credit: Tony Karumba
Share

At the Walter E. Washington Convention Center in Washington, DC, 20,000 experts, activists, policy makers, journalists, and concerned citizens have convened in what has been called by organizers as a “defining moment in the history of AIDS.”

But according to Reuters, out of the 20,000 attendees, there is a noticeably absent voice at the International AIDS conference—sex workers.

While President Barack Obama lifted the travel ban on HIV-infected people in 2009, current US immigration policy states that anyone with a history of drug use or prostitution in the last 10 years could be denied a visa, according to Reuters.

PolicyMic spoke with the Executive Director of the Joint United Nations Program on HIV/AIDS (UNAIDS), Michael Sidibe, who said it was “outrageous” that “when we have everything to beat this epidemic, we still have to fight prejudice, stigma, discrimination, exclusion, and criminalization.”

Samarajit Jana of the Durbar Mahila Samanwaya Committee (DMSC), a group of 65,000 female, male, and transgender sex workers in West Bengal, India, told Reuters, "Sex workers are key to all policy decisions on AIDS. It has been proved that if you can succeed in controlling transmission amongst sex workers, you can be rest assured that you will not face an epidemic. They must be part of the discussion."

The Lancet Journal of Infectious Diseases published a study in March that proved a female sex worker's risk of HIV infection is 14 times higher than other woman, according to PolicyMic.

Sex workers protested their exclusion from the discussion in Washington by staging a countervailing conference in Kolkata, India, promoting sex workers’ rights and awareness.

The Guardian reported on the event:

“Thousands of sex workers marched through the streets” to demand “the decriminalization of sex work and prostitution worldwide, raise Aids awareness and, protest against their exclusion because of visa restrictions.”

In response to all this, the US State Department, answering an e-mail from Reuters, said "Each visa decision depends on case-specific circumstances, and decisions on eligibility and waivers are only determined at the time of the interview."

A quick look at the Washington AIDS conference website reveals that some participants are thinking about the rights and health of sex workers. For example, check out Cheryl Overs, who, according to her bio, "founded a sex worker organization which pioneered harm reduction, rights advocacy, and peer education in Melbourne in the early eighties."