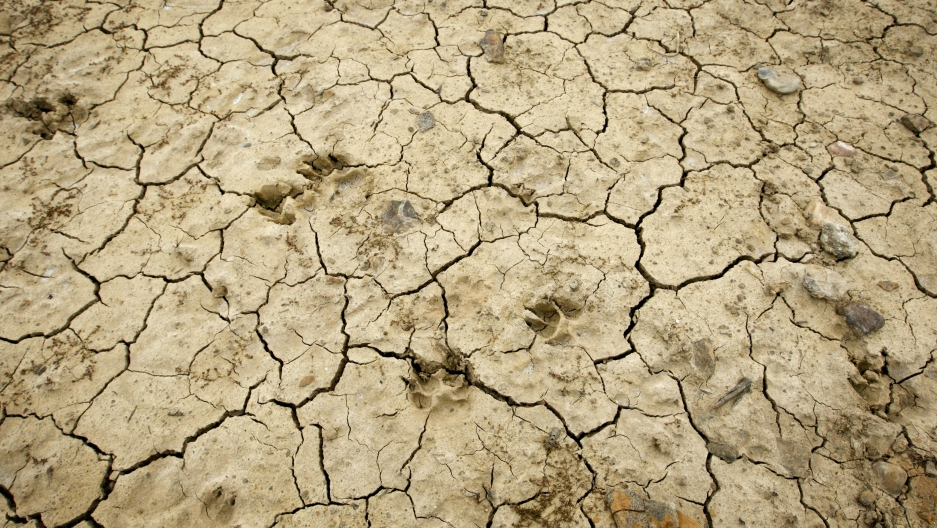 Fortunately for the farmers here, the crop was gathered before this summer’s drought set in. Wheat yields in southern Italy are reported to be above average this year. But the picture is different in the rest of southern Europe: soaring temperatures and low rainfall have hit grain harvests from Spain to Ukraine.

Although conditions are far from nearing the dramatic situation in the US Midwest, which is struggling to cope with its worst drought in 50 years, the weather has dashed hopes that bumper yields in Europe would make up for shortages in America and arrest the growth of world grain prices.

More from GlobalPost: US drought: It's bad, but Stephen Colbert makes it funny

With dry weather also hurting production in countries as far apart as Australia, Argentina and Kazakhstan, fears are mounting that the US drought is about to prompt the kind of price rises and food shortages that triggered riots in more than 30 countries four years ago.

"The world may be much closer to an unmanageable food shortage, replete with soaring food prices, spreading food unrest, and ultimately political instability, than most people realize," he wrote Tuesday in Britain's Guardian newspaper.

Campaigners in Europe blame global warming, speculative capitalism and the use of crops for biofuels, particularly in the United States, for exacerbating the risk of food shortages.

A mixture of drought in some regions and floods in others has also hit grain production in Russia, another major grain producer, where some estimates suggest exports this year could amount to little more than a third of last year's level of 21 million tons.

Other breadbaskets are also reporting grim news. Kazakhstan says its cereal output may drop 48 percent this year and Ukraine is predicting a fall of up to 25 percent in its grain production.

However, despite expressing concern over the production statistics, European Union development experts say the world is not yet facing a crisis similar to the one that took the world by surprise in 2007-2008.

According to UN Food and Agriculture Organization, global grain supply and stocks are actually up this year.

The EU's own crop forecasting service predicts European grain production to be down almost 4 percent from last year, but just 0.8 percent below the average of the past five years.

"The situation at this stage cannot be compared to what it was in 2008," said one expert at the EU’s headquarters in Brussels who explained that action by international organizations since 2008 has better prepared the world to handle volatile grain prices.

It includes the inauguration of a $22 billion Food Security Initiative agreed by the G8 in 2009 and other projects designed to improve productivity among farmers in developing countries and enable their governments to better manage stocks in anticipation of shortages.

More from GlobalPost: How to attend London’s Olympics — for free

And although higher global prices can pose problems for big grain importers in the developing world such as Egypt, Pakistan and Senegal, they can help other countries by providing incentives to local farmers.

European aid officials are more worried that Washington may cut aid to developing countries if the drought obliges it to increase government support to US farmers.

Meanwhile, farmers in northern Europe — where rain rather than drought has posed problems this summer — are still hoping for relatively good yields that could enable them to profit from the US shortages.