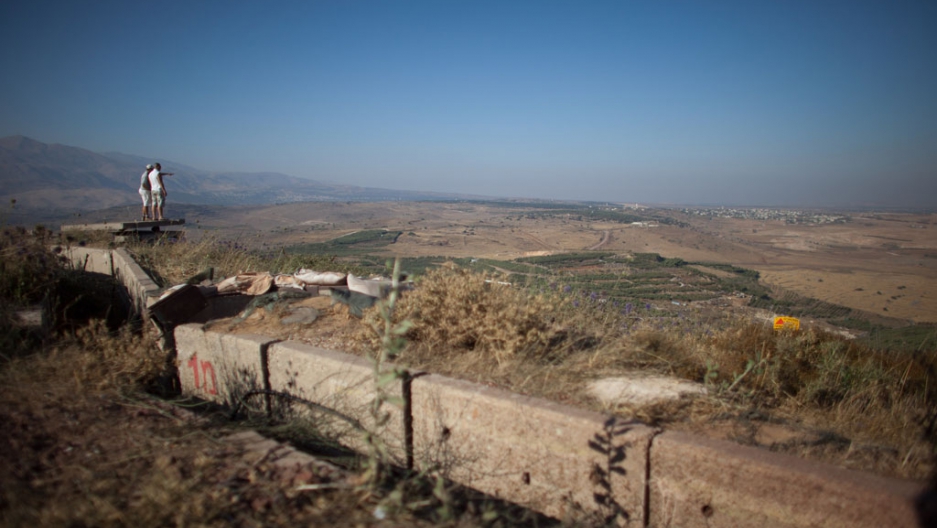 Israelis look at the nearby Syrian village of Jebata al-Khashabn from an Israeli army post near the village of Buqaata at the Israeli side of the border on July 24, 2012 in the Golan Heights.
Credit: Uriel Sinai
Share

"War tourists" have begun flocking to Israel's Golan Heights, reports CBS News, where they are able to see some of the explosive fighting raging on just beyond the border.

Both Israeli and foreign, the tourists are able to sit in safety in the Golan Heights hills and observe the life-and-death struggle raging on below in Syria, reports CBS News. Israel has not yet declared the area unsafe for tourists, says CBS, and the cooler weather provides an additional attraction for curious spectators.

According to the Times of Israel, Israeli Defense Minister Ehud Barak appears to have unwittingly sparked the tourism trend, by being among the first to make a special trip to gaze at the Syrian conflict.

The Times of Israel observes that while "line of sight to battles is not always possible, the exchanges of fire are often quite audible."

The Golan Heights hills lie on the Israeli-Syrian border, and although the territory is internationally recognized as Syrian territory, it has been occupied by Israel since 1967, and formally annexed since 1981, according to the International Labor Organization.

An area of political controversy into the modern era, the Golan Heights are a popular tourist destination in Israel, with sweeping scenery, good driving roads, and less searingly hot weather than the Israeli lowlands. Israel's Ministry of Tourism claims some call the rocky, barren region "the Texas of Israel."