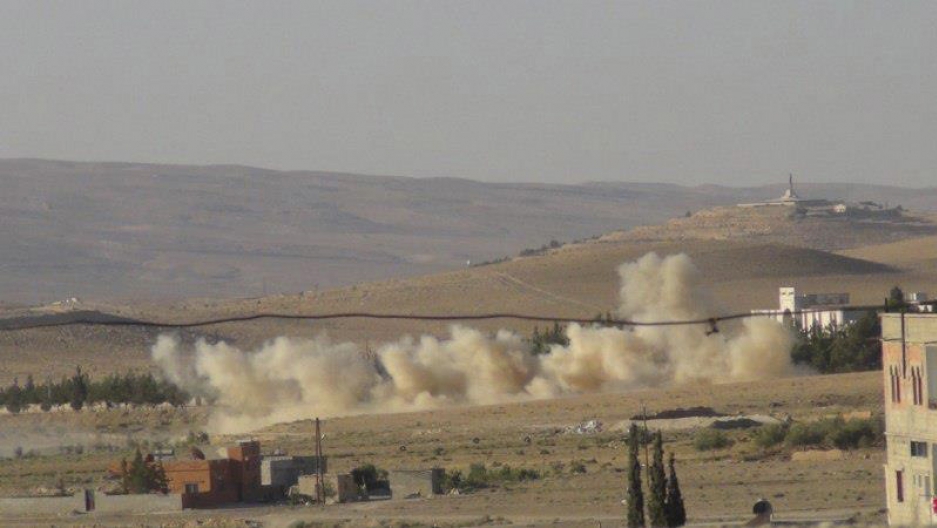 Smoke rises after shelling in Qareh, near Damascus, in Syria on July 24, 2012. (Photo by Shaam News Network/Reuters.)

The situation in Syria is as grave as ever, with rebel forces moving into the nation's most populous city, Aleppo, and Syria moving air power, heavy artillery and armor to respond.

Since the rebels moved in, there have been reports of Syrian helicopters and even attack fighters bombing areas of the historic city. Residents told The New York Times that the violent conflicts aren't just between rebel forces and the government, but also between groups of rebels.

The Syrian uprising has struggled because, among other reasons, of the disjointed nature of its forces. According to Aleppo residents, different rebels groups were fighting each other for control of individual streets and neighborhoods.

“People are still in shock that this is happening — they thought it would be limited to one neighborhood, but it is growing in size to other neighborhoods,” Fadi Salem, an academic visiting his family in Aleppo, said to the Times. “They are scared of chaos and lawlessness more than anything else.”

Secretary of State Hillary Clinton praised the progress rebels were making and said they were creating safe-havens from which they could act. But according to other reports, rebels insist they're uninterested in creating safe-havens, preferring to strike fast and withdrawal, so Syrian government forces can't mass and direct firepower at a specific location.

Until recently, both Damascus and Aleppo has been free of violence in this now 17-month old civil war. Over the weekend, the Syrian government pounded opposition forces and drove them from most parts of Damascus.

Control of the two largest cities is important because of their population, as well as their symbolic importance as some of the most ancient cities in the world.

"I make a plea to the world: Do not delay. Act now to stop the slaughter," he said, according to the BBC.

So far, Russia and China have stood firm in opposing in international sanctions or action toward the Syrian regime.