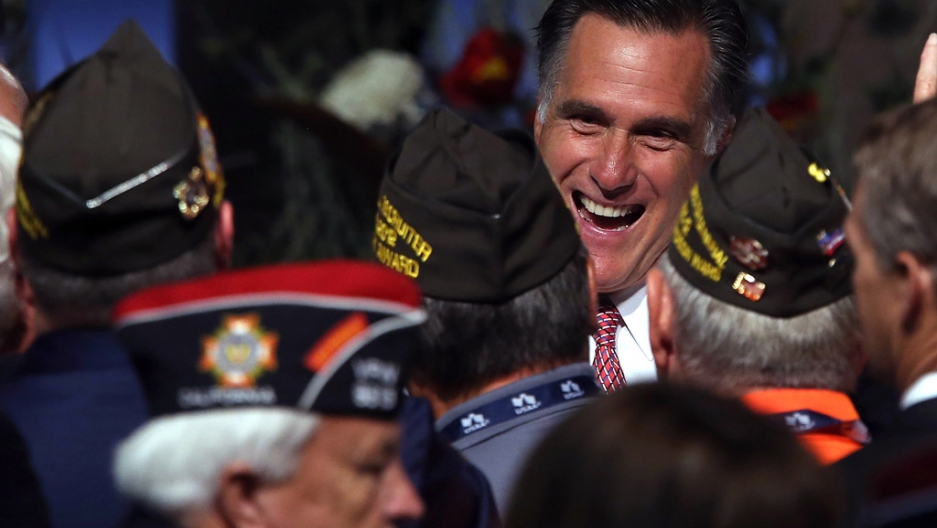 Mitt Romney landed in London, England, today to kick off a week-long, three-nation tour to highlight his foreign policy strengths.

Given the long-held gentlemen’s agreement that domestic politics don’t continue overseas, Romney’s camp is doing all it can to avoid rhetoric.

However, according to British media, he’s already stepped in it after a Romney staffer suggested the US and UK share an “Anglo-Saxon” bond.

“We are part of an Anglo-Saxon heritage,” an unnamed Romney campaigner told The Telegraph, “and [Romney] feels that the special relationship is special. The White House didn’t fully appreciate the shared history we have.”

The Telegraph’s Tim Stanley said Romney should immediately fire the person responsible for the poor choice of words given the veiled overtones of “Anglo-Saxon.”

“Many will therefore interpret the choice of words as a clumsy attempt to play the race card, exploiting the impression that Obama is anti-British because he is of African descent,” Stanley wrote.

It's especially brash, Stanley added, because the US and UK are increasingly diverse while their leaders appear down-right chummy.

Vice-president Joe Biden jumped on the comment, chiding Romney for using the foreign press to divide the US and Great Britain.

“Despite his promises that politics stops at the water’s edge, Governor Romney’s wheels hadn’t even touched down in London before his advisers were reportedly playing politics with international diplomacy, attempting to create daylight between the United States and the United Kingdom where none exists,” Biden said in a statement, according to ABC News.

The Romney campaign team distanced itself from the allegations, going so far as to say The Telegraph made up the quote.

“Today, the race for the highest office in our land was diminished to a sad level when the vice president of the United States used an anonymous and false quote from a foreign newspaper to prop up their flailing campaign,” Ryan Williams said, the Wall Street Journal reported.

This latest talking-point started when the presumptive Republican presidential nominee delivered a speech to veterans in Reno, Nevada on Tuesday, CBS News said.

Speaking to a few thousand members of Veterans of Foreign Wars, Romney lashed out at Obama’s foreign policy.

He cited Obama’s insistence on negotiating with Iran over its nuclear program and leaked security information about Osama bin Laden and Middle East drone strikes as proof.

“This conduct is contemptible,” said Romney, CBS reported. “It betrays our national interest. It compromises our men and women in the field.”

Romney will likely remind everyone he meets of those perceived policy weaknesses, CNN said.

Romney will also take in the 2012 London Olympics opening ceremony on Friday before flying to Israel and Poland.

Another campaign spokesperson suggested Romney wants to “listen and learn” from America’s allies.

“We don’t anticipate that this is an opportunity for the governor to make any specific policy pronouncement,” Romney’s campaign policy director, Lanhee Chen, told CNN.