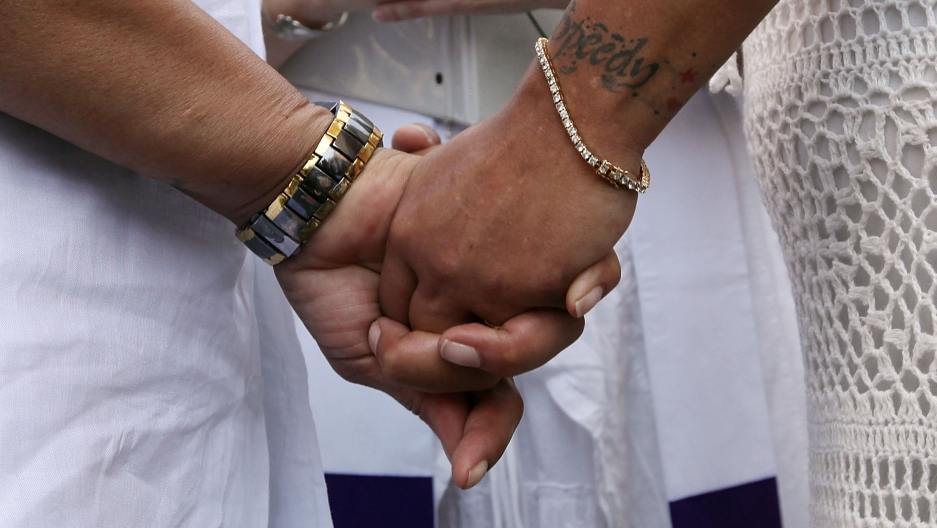 In the one year since approving the Marriage Equality Act, New York City has made an estimated $259 million dollars off of gay marriage.
Credit: Mario Tama
Share

One year after passing the Marriage Equality Act, which allows gay couples to legally marry, New York City has made an estimated $259 million off marriage license applications, money spent by out-of-city guests on hotel rooms and the wedding industry in general, the Huffington Post reported.

In a statement regarding the recent economic impact report, Mayor Bloomberg said: "Marriage equality has made our city more open, inclusive and free – and it has also helped to create jobs and support our economy. New York has always been a great place to get married and since the passage of the Marriage Equality Act, we’re welcoming more and more couples, their families and friends from around the country and the world."

According to Bloomberg news, at least 8,200 gay-marriage licenses were issued in New York, accounting for more than 10 percent of the 75,000 wedding licenses issued in the city in the past year.

According to Mayor Bloomberg's statement, more than 200,000 guests have since traveled from outside of the city to attend same-sex wedding receptions, and more than 235,000 hotel room nights were booked at an average daily room rate of $275, all helping to bolster the NYC economy.

Divorce lawyer Daniel Clement told the Telegraph that while the marriage business is booming, the divorce business is not. "A blissful marriage is bad for a divorce attorney," Clement said that in the 12-month period that gay marriage has become legal, only a handful of couples have filed for divorce. Clement said for the time being, he is fine helping his straight clients divorce.