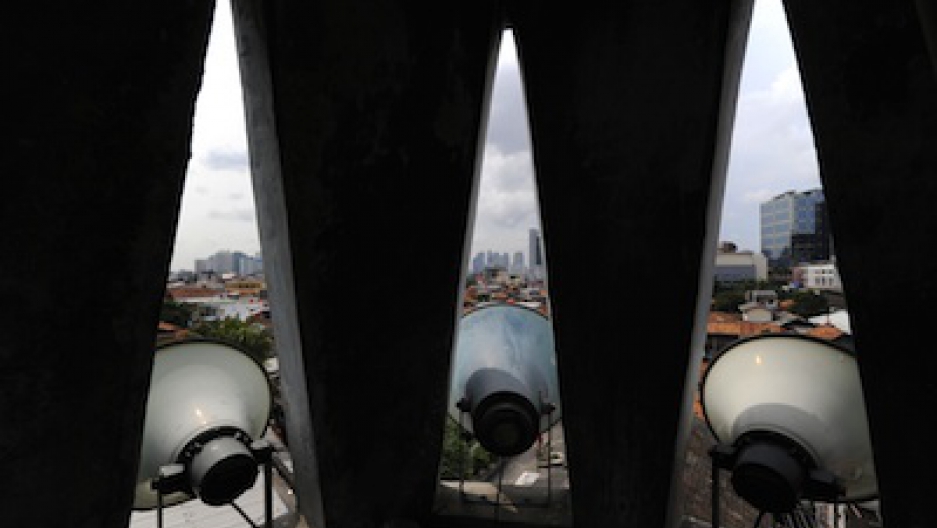 The Islamic call to prayer, broadcast through speakers installed in minarets, is as essential to the Indonesian soundscape as songbirds, traffic noise and street kids busking with out-of-tune ukeleles.

Anyone near civilization should expect to hear the "azhan" (prayer call) five times per day in Indonesia. But during Ramadan festivities, mosques broadcast prayer recitations more than usual. And the ongoing celebration of Islam's holy month has revived a debate over the sheer loudness of some mosques' sound systems.

A recent Reuters article touches on the loudspeaker arms-race mentality that can take over when multiple mosques compete for attention in a small, urban space. According to the Reuters, even the head of the Indonesian Ulema Council, the highest Islamic body in the nation, is concerned.

In the Kalimantan area, better known as Borneo Island, officials have asked mosques to keep it down during Ramadan and cease their recitations by 9 p.m., according to the Borneo Post.

But if there is any proof that prayers through feedback-prone, crackly speakers are out of hand, it's this: even the Islamic Defenders Front, an ultra-pious vigilante group known for trashing nightclubs and beating up Christians, is now campaigning against overly noisy azhans, according to the Jakarta Globe. (Our in-depth report on the vigilante network is here.)

As the Jakarta-based regional head of the Islamic Defenders Front told the Globe: "Please don’t be too loud and do it only during the day not at night."