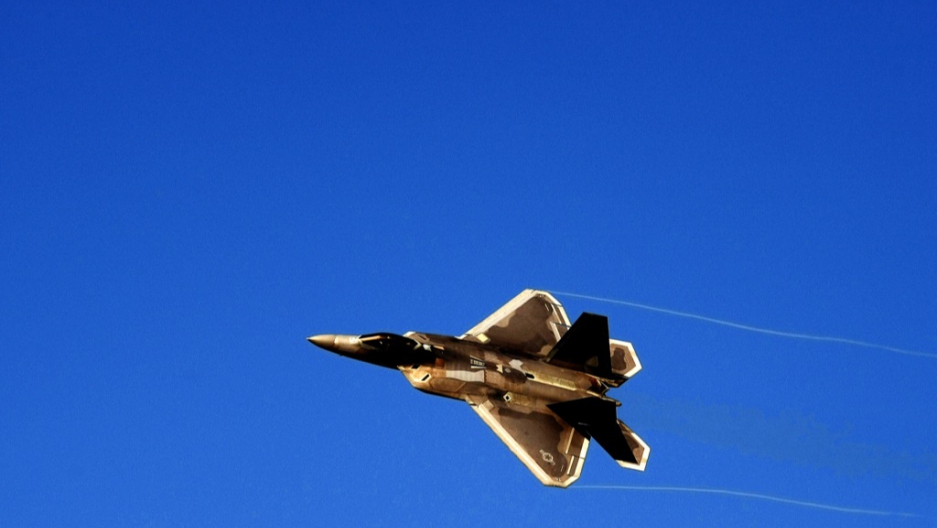 A F-22 flies across the sky at an air show. The problems have been fixed and the aircraft are ready to fly again.
Credit: Marwan Naamani
Share

After months of troubles with the oxygen system of the F-22 fighter aircraft, where multiple incidents of oxygen deprivation caused significant troubles and confused designers and leadership, the Air Force announced yesterday that they've traced the cause of the oxygen problems to a valve on a vest worn by pilots at high altitudes.

The valve caused the vest to inflate at high altitudes and cause breathing problems for some pilots. That, according to Pentagon Press Secretary George Little, is the root cause of the persistent incidents.

They've issued immediate corrections. The Air Force is planning to both replace the valve and increase air flow by removing a diagnostic filter installed into the oxygen system. Despite some initial speculation, contamination has been ruled out.

Hours after Little's press conference, outgoing Chief of Staff of the Air Force General Norman Schwartz addressed the press and went further into the F-22 situation.

Schwartz confirmed that there would be no change in the ruling on Pilot Jeff Hanley's F-22 crash in Alaska, which was ruled as pilot error rather than the fault of the oxygen system.

The hardware problems in the F-22 are being addressed, but not before a squadron of the planes is sent to Kadena Air Base in Japan this week. According to the Pentagon, utmost care is being taken to ensure no incidents take place on the flight.

With regards to the aircraft problems the Air Force has endured during his term, Schwartz seemed to say that imperfection was just part of the business. "The notion of perfection at the outset, even with all the computer power we have and the CAD/CAM and all that stuff, you know," is just not possible.

He did have high praise for one company though.

"Apple," Schwartz said, "may be the only one that has been successful in engineering near-perfect products."

Business Insider: You're Crazy If You Think Chinese Leadership Can Save The Economy