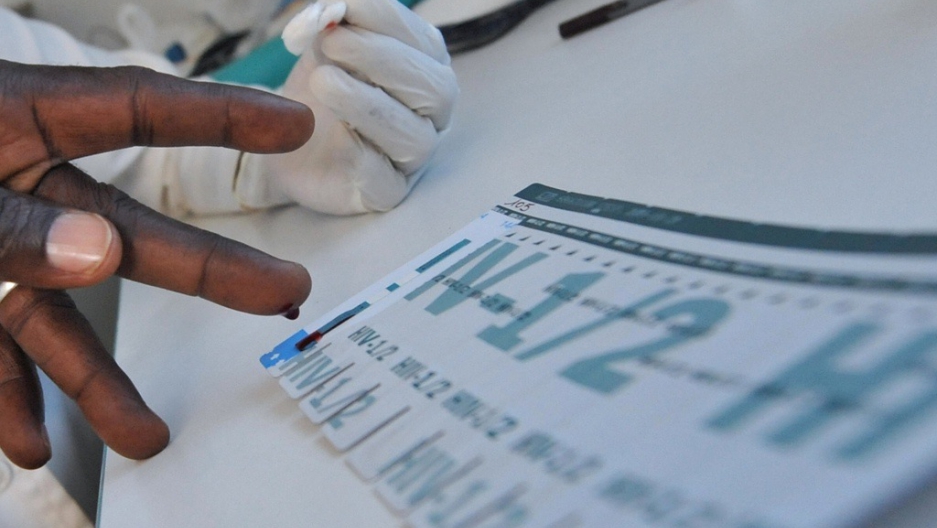 ABUJA, Nigeria — Last year, Thaddeus Ugoh’s grandmother wrote him a letter informing him of a new unwritten policy in his hometown: If a person is discovered to be HIV positive, that person and his or her family will be cast out of the community.

If they return to the village, he or she will face a gruesome death, Ugoh said.

“They don’t care what it’s from — through blood transfusion or through sexual intercourse or through other means,” Ugoh, who is now a human rights activist, told GlobalPost. “The order is that they should be burnt alive if they come down to the village and the family will be excommunicated.”

New legislation in Nigeria that criminalizes discrimination against HIV/AIDS patients, however, could go a long way toward changing these kinds of attitudes.

And in Nigeria, they couldn't come soon enough.

Almost 3 million people are known to be living with HIV in Nigeria, according to the Network of People Living with HIV and AIDS in Nigeria, a non-profit group. More than half of those people are eligible for anti-retroviral drugs but don't receive any because there aren't enough. More than 80 percent of Nigerians as a whole do not know their HIV status.

“That also means that people continue to infect their loved ones — their partners, their wives, their husbands — unknowingly and HIV will continue to spread unabated,” said Edward Ogenyi, the network's national coordinator.

Ogenyi said most people who do find out their status happen upon the information while at the hospital for another reason. Many women, he added, avoid giving birth in hospitals because they don’t want to be tested for HIV and risk being stigmatized.

A report by his group found that seven people had been arrested on HIV-related charges in 2011.

Kunle Adeniyi, the senior legal officer at the National Agency for the Control of AIDS, said that if laws to protect HIV/AIDS patients are enacted it will be illegal for institutions to cast out a student or employee for testing positive. They would also force large companies to implement HIV/AIDS policies, he said.

The bill, which Adeniyi said would likely be passed within the year, also criminalizes forced HIV testing and disclosure.

“For discrimination against individuals or groups you have punishments ranging from fines to terms in prison,” he said.

If the legislation passes, it would put Nigeria ahead of much of the African continent in terms of protecting the rights of HIV/AIDS patients.

“Everybody has to realize that all of our efforts have been on prevention and treatment,” he said. “Hence, we must have a bedrock in the protection of the rights of people living with and affected by HIV/AIDS.”

Current laws in Nigeria, and in many other countries around the world, a new study has found, tend to discriminate against patients and discourage people from seeking treatment.

The study, released by the Global Commission on HIV and the Law, says 60 countries, including the United States, have laws that criminalize the transmission of the virus.

“Punitive laws, discriminatory and brutal policing and denial of access to justice for people with, and at risk of, acquiring HIV are fueling the epidemic,” the report says. “These legal practices create and punish vulnerability.”

Ugoh said neither sets of legislation are likely to change the minds of his grandmother or other village elders any time soon. He said they consider HIV/AIDS patients immoral and unfit to live among “normal humans,” no matter what the law says.

“Whether you find a job is not the question,” he said. “The question is you staying alive.”