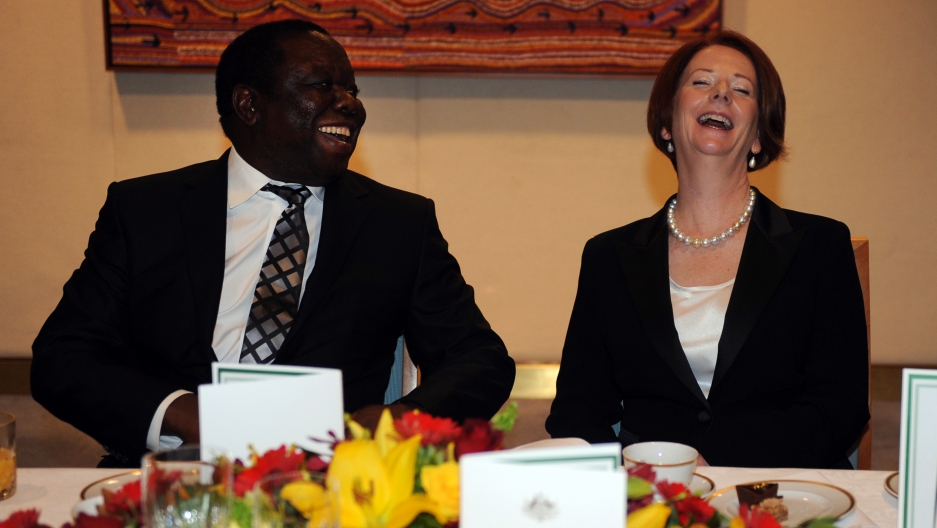 "You are a hero,” Julia Gillard told a lunch held in Tsvangirai’s honor at Parliament House, the Australian Associated Press reported

Tsvangirai became Zimbabwe's Prime Minister in January 2009 in a power-sharing agreement after years of persecution, arrests and beatings.

However, despite his experiences, he urged the Australian government to suspend economic sanctions on Zimbabwe until after the elections next year.

Tsvangirai told The Australian newspaper that sanctions could be imposed again if Mugabe and the "securocrats" who backed him again prevented free and fair parliamentary and presidential elections in 2013.

"the time to re-engage in Zimbabwe is now," he said, adding that Australia's strong mining experience was especially important to helping Zimbabwe as it prepared for growth.

"A lot of mining expertise resides in Australia and we can benefit a lot from that co-operation with the Australian mining industry," he said.

Meanwhile, the EU has hinted that sanctions targeting Mugabe might be lifted provided he allowed a "credible" vote to take place on Zimbabwe's new Constitution.

A statement by EU foreign ministers of the 27-member bloc also said they would resume direct aid to Harare after a 10-year suspension.

However, a "peaceful and credible" constitutional referendum was necessary to lift most sanctions on Zimbabwean firms and individuals, they said, Voice of America reported.

A draft of the new Constitution, completed Friday, must be put to a vote months before the 2013 elections.

EU ambassador to Zimbabwe Aldo Dell Ariccia said in Harare the EU was encouraged by Mugabe's reforms after years of violence and economic turmoil, the Associated Press reported.

However, travel, banking and business bans on Mugabe and others resulting from violations of human rights would stay in effect at least until after a referendum, he said.

"A peaceful and credible referendum will justify suspension of the majority of listed people" facing bans, Ariccia reportedly said.