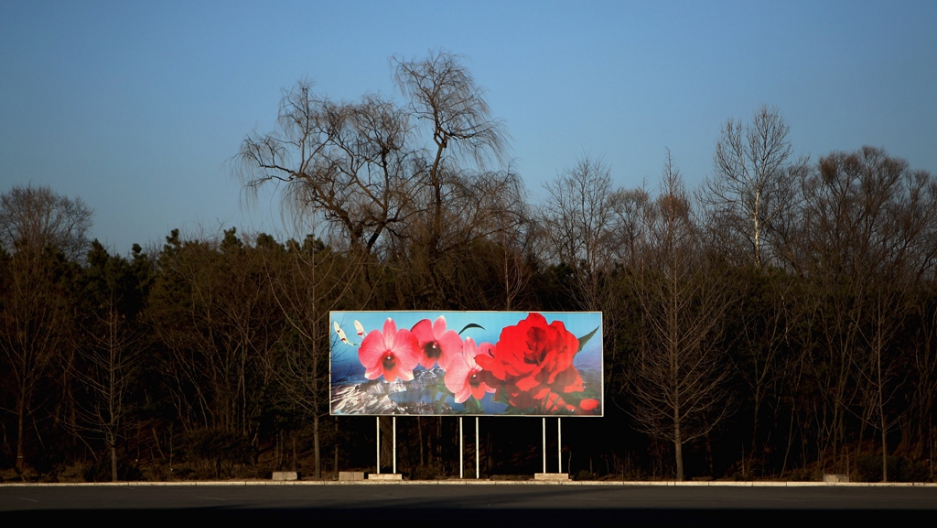 BANGKOK, Thailand — The notion seems preposterous on its face. Taking over a benighted communist country upon the death of his father, a youthful dictator manages a picture-perfect imitation of his founding grandfather — jowls, funny haircut, Mao suit-covered big belly, characteristic walk and gestures.

The young man cracks down on the dissemination of South Korean songs, and purges prospective rivals in the tradition of both the grandfather and the father while surrounding himself with some of the same close advisors who had served his forebears.

And he does all that so that he can lead the economic opening and reform that both progenitors resisted for most of their careers.

Does that make sense? Well, maybe it does. Maybe Kim Jong Un really has a cunning plan to make good on his promise in his first public speech that North Korea’s long-suffering hungry people “don't have to tighten their belt again.”

And maybe that plan starts with softening up any opposition by coming on as the reincarnation of his revered granddad. After all, how else would a 20-something fledgling leader build up the cred to take on defenders of the status quo, starting with the uniformed men that his father — less popular and therefore less secure in power than the grandfather — had given the keys to the treasury by proclaiming that North Korea was a “Military First” society.

While hard evidence is sketchy, there are some tantalizing hints.

The South Korean news organization Daily NK, which includes North Korean defectors among its staff members and news sources, has reported on popular speculation that an economic policy announced last month for establishing “a new economic management system in our own style,” envisions either Chinese-style or Vietnamese-style opening and reform.

Daily NK earlier reported that two civilian officials identified with leadership of some economic reform efforts around 2002 are back in high positions.

An article in a leading Seoul daily, Joongang Ilbo, quoted unnamed South Korean government officials as suggesting that young Kim’s economic plans could have been behind his sacking of Vice Marshal Ri Yong Ho, operational commander of the military, an event that analysts had struggled to explain.

More from GlobalPost: Analysis of a North Korea military shakeup

The officials’ theory was that although the military now runs much of the country’s foreign trade, using the proceeds to pay for weapons, Kim and his advisors want to take civilian control of that trade so more of the proceeds can be spent on developing the economy.

Many long-time Pyongyang watchers will remain skeptical. After all, hints of reform have come repeatedly from the regime over the decades — but in the end the country has always returned to its founder’s allegiance to the command economy.

When Gen. Kim Jong Gak, minister of people’s armed forces, pledged last week that the soldiers “will make ceaseless innovations in the construction of major projects for building a thriving nation and improving the standard of people’s living and take the lead implementing the [ruling Workers’ Party’s] intention to provide the people with a happy life under socialism,” it wasn’t clear whether the general meant it. Was he merely giving Chinese Communist Party-style lip service to the old-time state religion for the sake of surface continuity?

Civilian-military splits over resource use likewise are not new — and it can’t be ruled out that two senior Kim advisers the Joongang Ilbo suggested had urged him on may have personal motives for shifting authority over trade away from the military — whatever the intensity of their hopes for a general expansion of the civilian economy.

Both Jang Song Taek, Kim’s uncle, and Choe Ryong Hae, the civilian who became an army vice-marshal and political overseer of the military, were longtime confidants of Kim’s late father, Kim Jong Il. Jang, in particular, has been close to the Chinese and has visited South Korea, raising hopes abroad that he would push for reform if and when the chance might arise.

However, both Jang and Choe have spent corruption-related periods in the political wilderness. People trying to do business in North Korea have privately related stories of Jang’s determination to get his cut (compare Asif Ali Zardari, once known as Pakistan’s “Mr. Ten Percent”). Kim Jong Il reportedly sent Jang away at least once for “re-education.” Choe lost his post as first secretary of the Kim Il Sung Socialist Youth League in 1998, purportedly for health reasons — but at the same time several of his deputies were purged for corruption.

With no guarantee that the country will get genuine opening and reform, even if that’s what the new ruler thinks he wants, pessimistic Pyongyang-watchers can only hope he will prove our apprehensions unfounded and do a Deng Xiaoping.

The number-one reason why it really would make sense for him to try? Success would be the surest way for Kim to ensure he will live to a ripe old age and die peacefully in bed, not in a hail of gunfire like Romanian dictator Nicolae Ceaucescu.

Bradley K. Martin is the author of "Under the Loving Care of the Fatherly Leader: North Korea and the Kim Dynasty."