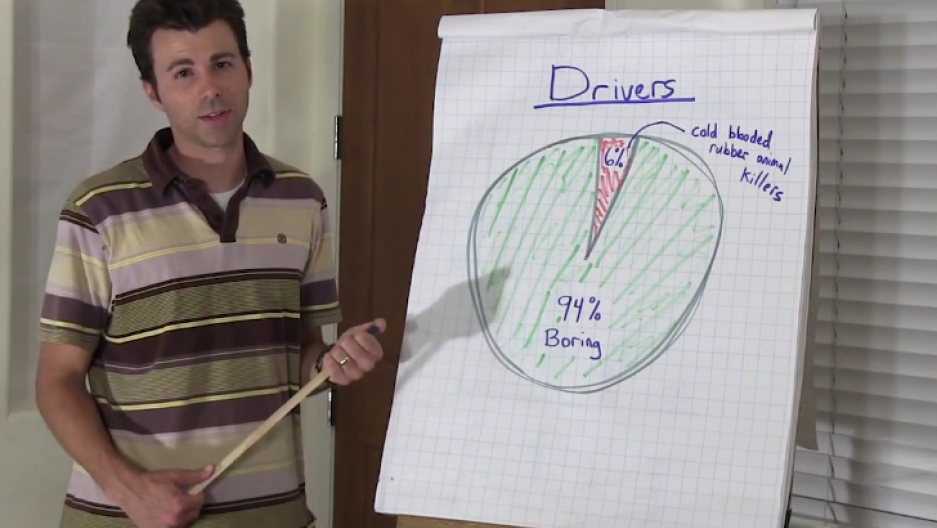 For his experiment Rober planted rubber snakes, turtles and tarantulas on the shoulder of the road and then observed the actions of 1,000 vehicles, MSN reported. Rober found that 6 percent of drivers are -- "cold-blooded rubber-animal killers," and are willing to put themselves in harms way just to run over an animal on the side of the road.

MSN compared Rober's findings to a 2008 study that used the Psychopathy Checklist, which discovered that 1.2 percent of the US population were potential psychopaths.

Complex.com listed off a few more of Rober's findings including: