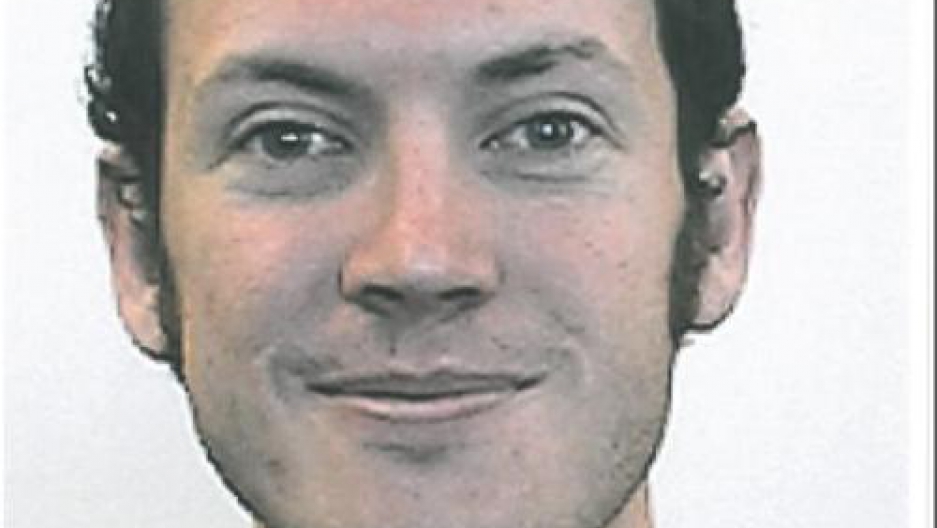 Authorities have identified James Holmes as the alleged gunman in the Aurora shootings.
Share

AURORA, Colorado - President Barack Obama met with friends and family of the Colorado movie theater shooting victims on Sunday as the town of Aurora mourned the 12 who died.

Obama joined local officials and residents in refusing to utter the name of the alleged shooter, James Eagan Holmes.

Police say Holmes, 24, was dressed in body armor and toting three guns when he opened fire at a midnight screening of the new Batman movie. Fifty-eight people were injured in the shooting.

Holmes, who was apprehended moments after the massacre, is to make his first court appearance on Monday.

"I refuse to say his name. In my house we're just going to call him Suspect A," Colorado Governor John Hickenlooper told a community memorial service at the municipal center in Aurora, Colorado, a Denver suburb of 325,000 people.

He captured a spirit of defiance in the blue-collar city that saw one of the most innocent of American pastimes turn into a horror show.

Obama met with families at the University of Colorado Hospital. In a televised address afterward, he focused on the bravery of a young woman, Stephanie Davies, who saved her friend Allie Young by putting pressure on a gushing neck wound with one hand while calling for help on her cellphone with the other.

"They assure us that out of this darkness a brighter day is going to come," Obama said. "Although the perpetrator of this evil act has received a lot of attention over the last couple of days, that attention will fade away. And in the end, after he has felt the full force of our justice system, what will be remembered are the good people who were impacted by this tragedy."

Among the thousands of people spread across the lawn at the memorial were two-dozen friends of victim Micayla Medek, 23, all clad in bright shades of pink, her favorite color.

Henry Miranda, 23, was sitting with 'Cayla' when she was shot, and declined to talk about the night.

"Today is not about 'Why?'" Miranda said. "It's about celebrating the love she brought into all of our lives."

Across the city, residents mourned. A dozen crosses with names of the dead now stand on a small hill across the street from the movie theater. Flowers have been placed in front of all the crosses and a giant teddy bear was placed next to one with the name of the youngest killed, 6-year-old Veronica Moser-Sullivan.

A sign reading "7/20 gone not forgotten" was surrounded by balloons, flowers, American flags, Air Force hats and flags, and dozens of hand-written notes.

The spray of bullets in the theater took the lives of victims ranging from the 6-year-old girl to a 51-year-old man. Many of the wounded are still in the hospital.

Iraq war veteran Christina Blache said she thought the shots were part of the show. But she was hit, and a friend who was celebrating his 27th birthday died. "Who expects to be shot in a movie theater? None of us did," she told CNN.

Josh Nowlan, also an Iraq war veteran, said he watched the shooter pick off victims - but then his rifle jammed. "If that gun did not jam, I am full certain I would not be here," he told CNN.

Holmes and his motives remained largely a mystery on Sunday, with his past associates saying he displayed no hints of a mental illness or violent tendencies. Holmes was until recently enrolled in a prestigious graduate program in neuroscience, and people who knew him struggled to comprehend the shooting.

"It's absurd. It's so out of character for this young man," said Jerry Borgie, senior pastor at Penasquitos Lutheran Church in San Diego, where the Holmes family worshipped.

Police said they had finished collecting evidence from Holmes's apartment, which was booby trapped with trip wires and explosives. While residents of nearby buildings were able to return home Saturday after police painstakingly dismantled the explosives, the three-story building where Holmes lived remained evacuated due to chemical hazards.

Aurora Police Chief Dan Oates said the shooting was the product of months of "calculation and deliberation," with Holmes receiving a "high volume" of deliveries at work and home.

Area shooting range owner Glenn Rotkovich, 65, was among the few who found Holmes suspicious. Rotkovich said he received an emailed membership application from Holmes about a month ago and heard a "bizarre, freakish message" when he called to contact Holmes.

"It was a very deep voice, a guttural rambling," Rotkovich, owner of the Lead Valley Range, told Reuters. "I couldn't understand it. I didn't try and understand it. That was all I needed to know."

Hickenlooper, speaking on NBC television's "Meet the Press" program, said there were still no clues as to the motive for the shooting. But he said Holmes was "a twisted, really delusional individual" who had not been cooperating with authorities.

"He was diabolical, demonic," Hickenlooper said.

On Saturday afternoon, the local coroner's officer released the names of the 12 people killed, including an aspiring female sportscaster who had barely escaped a shooting in a Toronto mall earlier this summer.

Those who witnessed the shooting told of a nightmarish scene, with dazed victims bleeding from bullet wounds, spitting up blood and crying for help.

For many, it evoked memories of the 1999 massacre at Columbine High School in Littleton, 17 miles (27 km) from Aurora, where two students opened fire and killed 12 students and a teacher.

The incident has also reverberated in the U.S. presidential race. Both Obama and his Republican rival, Mitt Romney, toned down their campaigns on Friday, pulled ads from Colorado and dedicated scheduled events to the victims.

In Rome on Sunday, Pope Benedict expressed dismay and sadness at the shooting.

"I was deeply shocked by the senseless violence which took place in Aurora, Denver," he said in his regular Sunday Angelus address.

Arizona Senator John McCain told CNN on Sunday, the one-year anniversary of a mass attack in Norway in which a lone gunman killed dozens, that he needed to be convinced that tighter gun control would solve the problem.

"The killer in Norway was in a country that had very strict gun control laws, and yet he was still able to acquire the necessary means to initiate and carry out a mass slaughter," McCain said.

But California Senator Dianne Feinstein questioned why a clip holding as many as 100 bullets, which police say Holmes bought, was available in the United States. "You don't need it for self-defense. Why do you need it? Why do we make it available?" she said on Fox.

Authorities said Holmes had dyed his hair red and called himself "the Joker" in a reference to Batman's comic-book nemesis.

His initial court appearance on Monday morning will be at the Arapahoe County Justice Center.

More from GlobalPost: Americans struggle with the aftermath of the Aurora shooting

Holmes was being held in solitary confinement to protect him from other prisoners, a routine precaution in high-profile cases, said Grayson Robinson, sheriff of Arapahoe County.

Until last month, Holmes was studying for a doctoral degree in neuroscience at the University of Colorado's Anschutz Medical School, a few blocks from his apartment.