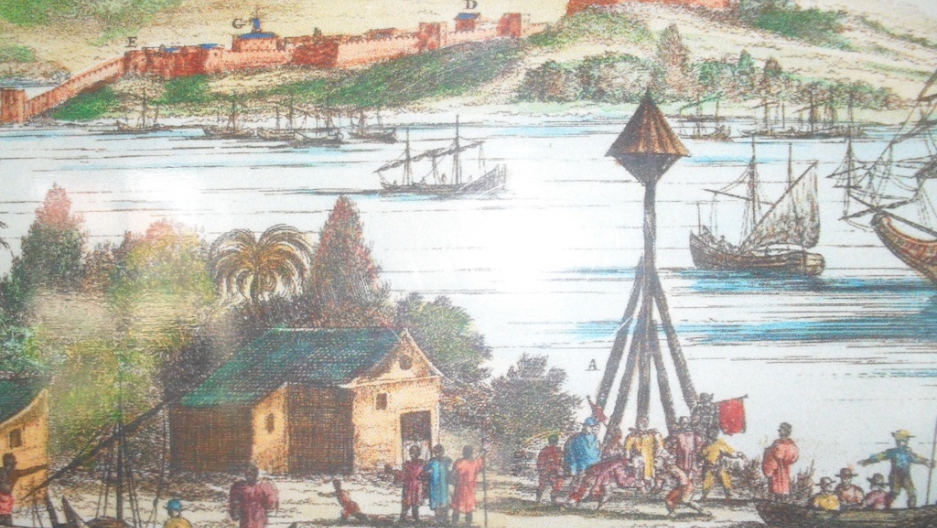 TRUJILLO, Honduras — It’s hard to imagine a Hong Kong-like metropolis rising from the Caribbean coast of northeastern Honduras. The area is now home to fishermen, peasant farmers and Miskito Indians.

But that’s exactly what the country’s politicians have in mind.

Last year, the Honduran Congress passed a constitutional amendment allowing for the creation of special development regions. In theory, they would function as semi-autonomous city-states with their own governing charters and a degree of foreign oversight.

In this impoverished Central American nation where so much has gone wrong, the idea is to start from scratch, with a new set of rules to create urban spaces that would attract outside investors and local residents. If successful, the thinking goes, these special development regions could serve as catalysts for economic and political reform in the rest of Honduras.

“Is it utopic? Yes. But it is also a source of hope and a new way of thinking,” said Dino Rietti, a Honduran architect who is advising the government on the project.

The Honduran initiative was inspired by Paul Romer, a New York University economist who promoted what he calls “charter cities” at a TED talk in 2011. Rather than experimenting on existing cities, which could provoke resistance, Romer proposed building new urban areas on vacant land with room for several million residents who choose to live there.

The cities would remain Honduran but would enjoy a high degree of autonomy. They would be governed through charters made up of tried-and-tested political, economic and social regulations gleaned from around the world. Partner nations would provide guidance and oversight on troublesome issues like law enforcement and the courts.

For example, the Honduran judicial system is widely viewed as slow and corrupt, a factor that concerns foreign investors. To provide legal stability, the island nation of Mauritius has agreed to allow its Supreme Court to serve as the court of appeals for a future Honduran charter city.

Another proposal is to ban physical currency in the new cities and rely on debit cards and electronic payments to reduce crime and corruption. It sounds radical, but Nigeria has already placed limits on bank withdrawals and deposits to discourage cash transactions in Lagos, Abuja and other cities.

In promoting charter cities, Romer draws parallels with Hong Kong. Until 1997, that city had been administered by Great Britain with free-market rules that attracted millions of residents from Communist mainland China. Hong Kong allowed mainlanders to gradually get used to capitalism and provided a blueprint when the Chinese government moved toward a market-based economy in the rest of the country.

Most experimental or semi-autonomous cities, ranging from Brasilia to Dubai, are designed for diplomats, business people and other elites. But Honduras is the fourth-poorest country in the Western Hemisphere. Thus the enclaves would aim to provide jobs and a safe urban environment for the country’s have-nots.

That, in turn, could help stem the flow of illegal immigrants to the United States.

“There would be a city they could go to in Honduras rather than hundreds of miles away in the north,” Romer said in his TED speech last year.

The plan’s many skeptics warn that Honduras could become a laboratory animal for foreign social scientists.

Angel Orellana, a former lawmaker and attorney general, calls the plan 21st-century colonialism. Hondurans, he said, would be giving up a piece of national territory that would become a virtual foreign protectorate.

Rather than Hong Kong, others contend, the experiment could devolve into a Honduran version of Macau, China’s other special administrative region, which has become a Mecca for gambling and prostitution. At the other extreme, a charter city might attract the nation’s best and brightest and provoke brain drain, which could slow down development in the rest of the country.

But supporters insist Honduras requires radical action to escape from its downward spiral.

In 1998, Hurricane Mitch laid waste to much of the north coast — where a charter city might be built — and the area has yet to recover. The country’s struggle with democracy was epitomized by a 2009 military coup in which the Honduran president was flown into exile in his pajamas. Since then, an invasion of drug traffickers has helped give Honduras the world’s highest murder rate.

Hondurans “are willing to take some really bold steps because things are so bad,” said Brandon Fuller, a research scholar at New York University who works closely with Romer on the charter cities initiative.

In a speech last year, President Porfirio Lobo reminded critics that vast tracks of Honduras currently lack any kind of economic development. A special development region “would bring factories, schools, universities and hospitals,” Lobo said. “It would be sovereign territory but with special rules to allow investment to flow in. There would be business confidence, judicial security and no crime.”

Still, Hondurans are a long way from laying the first brick. The constitutional amendment allowing for special development regions is being challenged before the Supreme Court. And the government has yet to decide where to locate the project.

One region under consideration is an expanse of sparsely populated territory near Trujillo, a gorgeous Caribbean coast town where Columbus landed on his fourth and final voyage, in 1502. Trujillo briefly served as the region’s first capital but soon sank into obscurity.

The town cemetery holds the remains of William Walker, the infamous American filibusterer who briefly served as president of neighboring Nicaragua before being captured and executed in Trujillo in 1860. Trujillo’s other claim to fame is that it provided temporary refuge to the American writer O. Henry, who was fleeing embezzlement charges in the United States.

The region’s poverty, political corruption, and dependence on the US-run United Fruit Company prompted O. Henry to famously label Honduras as a “banana republic.” So there’s more than a little irony that the region could morph into a cutting-edge development zone.

More from GlobalPost: US cuts aid to Nicaragua

As he showed a visitor around Trujillo and outlying areas, Alex Moncada, a town hall official, insisted the possibilities are endless. Trujillo sits on the edge of a natural deep-water port. Nearby lies plenty of land, which Moncada said could be used to build an international airport, housing projects and business centers.

Investors from South Korea, China and the United States have expressed interest, he said. A Canadian firm has broken ground on a cruise ship marina in Trujillo, while there’s talk of linking the area to Honduras’ Pacific Coast through a trans-oceanic railroad that could compete with the Panama Canal.

“This would be a tremendous boost not just to Trujillo but to Honduras,” said William Lorenz, a former US diplomat who moved here four years ago and is now a business consultant. “It’s been a dream of a lot of people for years and we think we can do it.”