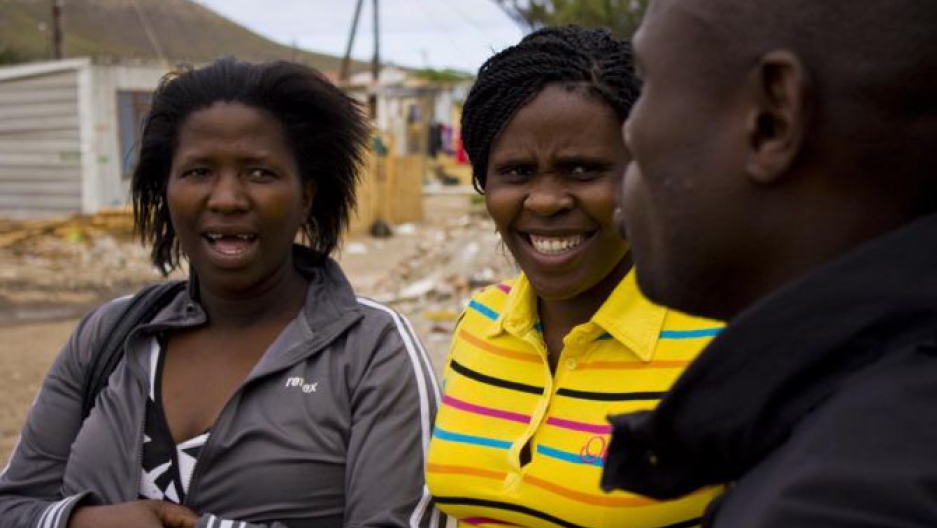 CAPE TOWN, South Africa — Nozi Samela may be the face of the future fight against AIDS. Vibrant, sweet, efficient and HIV-positive, she is a community health worker.

The last part is the defining one. Many African countries, supported by the United States and other donors, are rapidly expanding their ranks of community health workers by the tens of thousands in order to meet the rising demand for health services, particularly for AIDS treatment.

For Samela, who works with mothers2mothers in Cape Town, the impact of these programs is imperative.

At a time when the global economic malaise threatens to cut back health budgets, these so-called frontline health workers have become an innovative way to get more for less. But their future, and that of of all AIDS programs, is tied to the uncertainty of future funding.

Early this year, more than 20 civil society groups, foundations and businesses formed the Frontline Health Workers Coalition, calling for 1 million additional health workers in and from the developing world by 2015. For chronic diseases such as HIV/AIDS, these workers provide the most efficient and economical way to ensure they receive care, according to the coalition.

Some of the workers may be highly trained, but the vast majority of them are like Samela: high school graduates.

“It is important to have community workers to help keep people on their medication and serve as mentors,” said Thurma Goldman, who after spending six years working in South Africa is now the prevention of mother to child transmission lead for the US President’s Emergency Plan for AIDS Relief, or PEPFAR. “South Africa is working with this model and finding it to be a valued resource.”

Goldman suggested that this is a model that other countries can learn from when faced with having to treat large populations with few resources.

Mothers2mothers is one of the leaders in training and successfully deploying frontline health workers in Southern Africa. Dr. Mitch Besser founded the program in 2001 by paying some HIV-positive patients in the Western Cape to mentor expectant mothers. For Besser, this addressed two issues he kept noticing: a lack of education that resulted in stigma and secrecy about the disease, and the high need for more healthcare workers that had time to talk with their patients.

It was critical to Besser that these women be paid, as he strongly believed that expecting poor people to volunteer their time would be another tax on the poor. Mothers2mothers was born and it has offered services in local hospitals and clinics as well as in routine doctor visits for expectant mothers.

Each clinic relies on a site coordinator and multiple mentor mothers who are HIV-positive and trained to educate expectant mothers while providing psychological support. According to David Torres, who serves as the director of business development, these women act as a bridge from the healthcare system to the community, which increases quality care and decreases stigma.

The source of innovation, though, isn’t coming just from large donor-funded programs. Several South African organizations have also funded programs that support community workers. One is Sizophila, a word in Xhosa that means “we shall survive.”

Based at the Hannan Crusaid Treatment Centre in the Gugulethu township in Cape Town, and funded by the Desmond Tutu HIV Foundation, the decade-old organization helps the sick survive. Like mothers2mothers, Sizophila takes HIV-positive people from different townships and trains them to counsel others, while working with doctors in local clinics.

“What the doctors know, the counselors in the community should be trained to do as well,” said Sister Lulu Mtwisha, one of the original Sizophila mothers. Each counselor is trained about how HIV works in the body, how the drugs work, side effects of treatment and how to live a positive and healthy lifestyle. Many of these counselors have no formal education, but are trained by local social workers.

“Show them the way and they will surprise you,” Mtwisha said.

“Right now there is a question of human resources,” said Dr. Linda-Gail Bekker, the deputy director and chief operating officer of the Tutu Foundation at the University of Cape Town.

Bekker said that Sizophila has had success, despite its cadre of workers who had little formal education. “We train them, but these are ordinary people, some without education, but they have empathy,” Bekker said.

In addition to payment, the Sizophila workers are encouraged to use the program as a mechanism to find out their interests. If a counselor enjoys working with children, or being an assistant to nurses, they are encouraged to gain the skills needed to acquire jobs in that field. It helps create a turnover of Sizophila counselors, which has the additional benefit of giving work to more people.

“These are people working for people,” Bekker said.

In the United States, similar programs are struggling to stay afloat in the volatile economy, even if they register success.

SMART University, founded in 1998 by Susan Rodriguez, strives to provide a safe and supportive environment for HIV-positive women in East Harlem. She started the program after learning that she, her husband, and their young daughter were HIV-positive. She realized they needed to learn much more about HIV.

“I needed the facts broken down for me,” she said.

To meet her need, and the needs of others in her community, Rodriguez founded the SMART program.

SMART University provides education, treatment, and support for women living with or affected by HIV. The program hosts educational classes on HIV prevention and healthy living, as well as support groups for women and teens. But the SMART University programs — SMART University, SMART Art, and SMART Body — require funding, and with private foundations readjusting their budgets, Rodriguez does not know how much longer they will continue to fund her organization.

More from GlobalPost: A Daughter's Journey: Seeking answers on HIV/AIDS

If the program is forced to close, Rodriguez says that it would be a great loss for the East Harlem community and leave a lot of women left without the help or support they need.

The uncertainty over funding is felt both at home and abroad. Even as advocates for frontline health worker programs tout their low cost and personalized service, if global AIDS programs are cut, many community health workers initiatives may not survive.

“We need to hold steady on the commitments we’ve made because there are people on treatment who absolutely depend on money from PEPFAR,” said Dr. Helene Gayle, the president of CARE USA who spent 20 years with the Center for Disease Control and Prevention focusing on HIV/AIDS. “There is a real risk in backing off on commitments without a sustainable plan by local governments, which could be incredibly dangerous and create a bigger problem. Gains could be lost.”