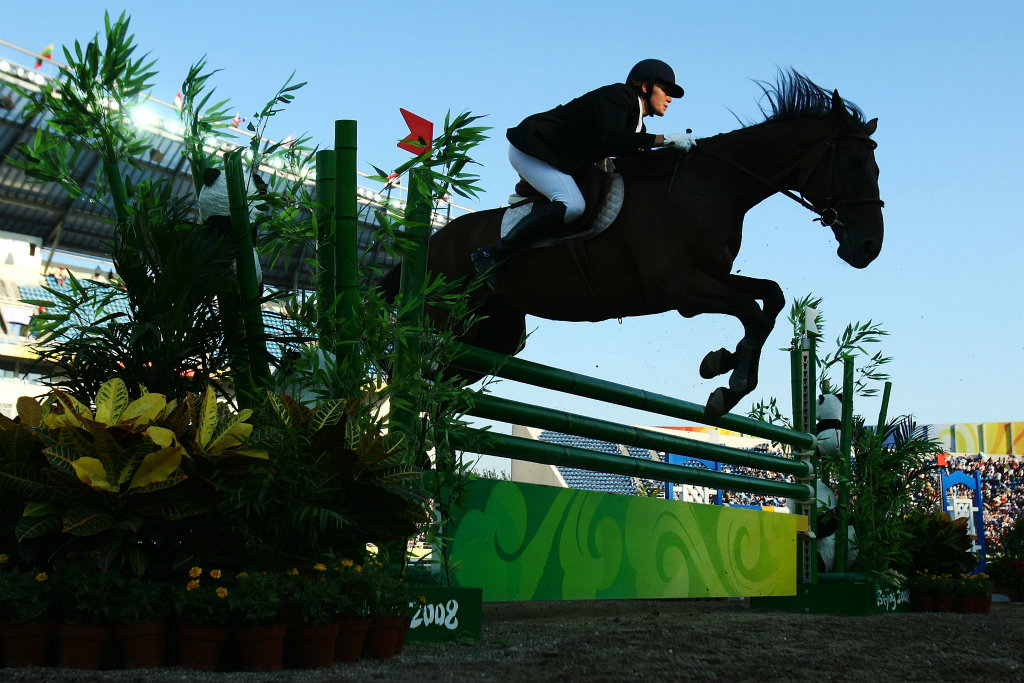 With 10,490 Olympians participating in the games this summer, keeping track of them all may seem like a daunting task. GlobalPost is here to help. As part of our ongoing coverage of the London 2012 Olympics, we'll be rolling out the names of some of the best athletes to watch and the stories behind their success. From boxers to fencers, runners to martial artists, here's a list of the competitors to keep your eye on as the games progress.

Why you should watch: As if the Olympics weren’t exciting enough, consider the modern pentathlon: pistol shooting, épée fencing, 200-meter freestyle swimming, show jumping, and a 3 km cross-country run. Baron Pierre de Coubertin, widely known as the father of the modern Olympics, invented the sport for the 1912 games. It has a little more bang than the ancient Greek version (running, jumping, javelin- and discus-throwing, wrestling), and was inspired by the adventures of a liaison officer whose horse was brought down on foreign soil.

Amélie Cazé knows the feeling of a setback, too. Although she’s often regarded — and more often ranked — as the top female pentathlete, she finished ninth in the 2008 Beijing Olympics. A fencing injury — chronic inflammation in one of her legs — prevented Cazé from defending her world title and from competing in the 2011 World Cup final.

But Cazé has rested up and resumed her training, with her eye on the Olympics. Although she’s competing in a number events this year, Cazé is focused on August 12, when she’ll once again shoot, fence, swim, jump, and run for the gold.

In an interview with Penathlon.org, Cazé stated that, “My only goal in 2012 is the Olympic Games, so I am doing everything in my power to be in great form.… Sure, it's not very easy for me to be patient, but all my coaches help me. It’s a great pleasure for me to feel like a pentathlete again!”

Fun facts: Cazé reads before her competitions in order to relax. She started out her athletic career doing judo and dance, but switched to the pentathlon at age 9. In 2007, she became the first French world champion, and maintained the title in 2008.

Quote: “Rigor, versatility, adaptability, and pleasure” are what the modern pentathlon means to Cazé, according to an interview in Pentathlon News.

Who Cazé should be watching: Germany’s Lena Schӧneborn won the gold medal at the 2008 Beijing Olympics, to the surprise of many. A favorite for London 2012, the 26-year-old has been a pentathlete since the age of 14. Schӧneborn listens to “Eye of the Tiger” to get in the zone — although if she’s relaxing before or after an event, it's most likely Amy Macdonald or James Blunt on her iPod. In additional to all of her training, she’s currently studying business.