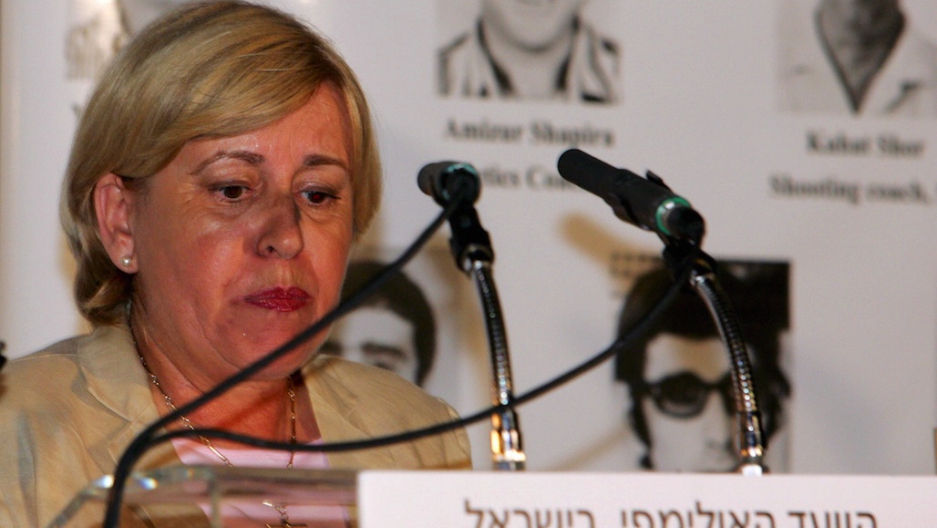 Ankie Spitzer, the widow of murdered Israeli fencing coach Andre Spitzer, speaks in August 2004 at a memorial event for the Israeli victims of terrorism in the 1972 Munich Olympic Games. The event was held in Athens at the residence of the Israeli ambassador to Athens, Ram Avriam.
Credit: GREG WOOD
Share

President Obama supports holding a moment of silence at this year's Olympics to commemorate 11 Israeli athletes and trainers killed at the 1972 games, Yahoo News reports.

The campaign to recognize the fallen athletes forty years after their deaths was started by Ankie Spitzer, the widow of a fencing coach who was among those killed, the BBC reported.

Olympics organizers last month rejected Spitzer's proposal, which sought to hold the moment of silence during the opening ceremonies. The BBC quoted a spokesman for the London 2012 games as saying that holding a separate ceremony to pay tribute would be the "most appropriate" alternative.

But Spitzer has since collected over 100,000 signatures via a Change.org petition seeking the official tribute, anyway. According to the petition, Spitzer and others have called on the International Olympic Committee repeatedly over the decades for "recognition of the Munich massacre." The athletes and trainers were killed in a harrowing scene during the 1972 Munich Olympics after being taken hostage by Palestinian extremists who broke into the Olympic Village.

In an e-mail to Yahoo News, Tommy Vietor, a National Security Council spokesman, said, "We absolutely support the campaign for a minute of silence at the Olympics to honor the Israeli athletes killed in Munich," according to Yahoo.

The White House's endorsement comes on the heels of a bombing in Bulgaria yesterday that killed at least seven people, five of them Israeli.