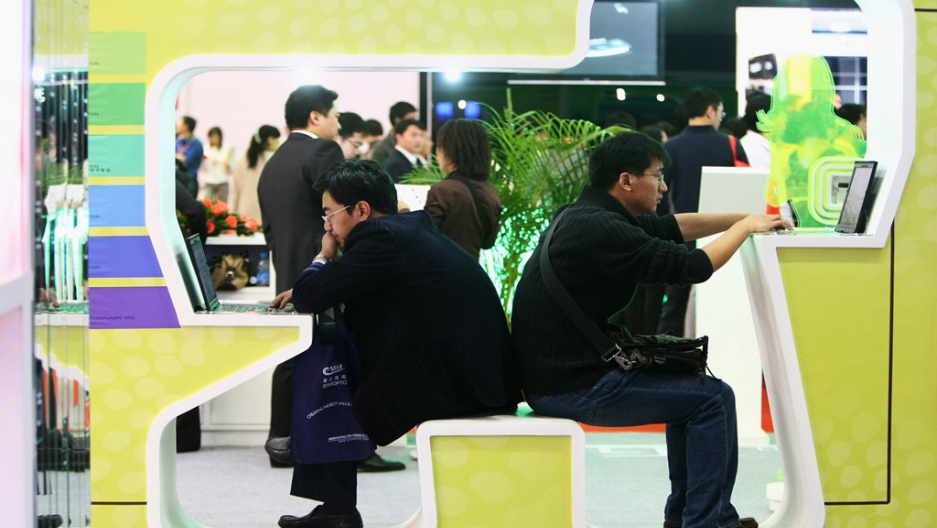 Mobile phones are now the most popular way for the average Chinese citizen to get online, reported the China Internet Network Information Center today - a transition that may mirror a worldwide shift to mobile Internet, away from the PC access of old.

For the first time, more Chinese accessed the Internet via their mobile phone than via PCs, CINIC reported, with 388 million mobile surfers as compared to 389 million desktop users. That's 10% jump in mobile Internet users from last year, reports the BBC.

538 million Chinese are Internet users, reported CINIC in its 30th annual report,  which boils down to a respectable Internet penetration rate of 39.9% by June 2012.

50% of new Chinese Internet users were from rural areas, reports the BBC, indicating that cheaper smartphones are allowing people in relatively remote areas to get online for the first time ever.

A lot of this had to do with price, according to the CINIC, as reported in the BBC:

"The emergence of smartphones under 1,000 yuan [$157, £100] sharply lowered the threshold for using the devices and encouraged average mobile phone users to become mobile web surfers."

So what's next for China's Internet users? According to China Radio International, the Chinese Internet penetration rate is reaching saturation levels in developed areas - meaning that rural, poorer areas are the next frontier.

It's also easier to get around China's Great Firewall with mobile apps, reports the BBC - a reality the Chinese government has almost certainly taken notice of.

The change in China reflects a major shift to mobile that's occuring around the globe. A May 2012 InformationWeek article related CIA findings that show a huge gap between mobile phone users and desktop users - a gap that is likely to increase.

Meanwhile, a report by IT analytics firm International Data Corporation projects that more people worldwide will access the Internet via mobile devices than through PCs by 2015, reports Eweek.com