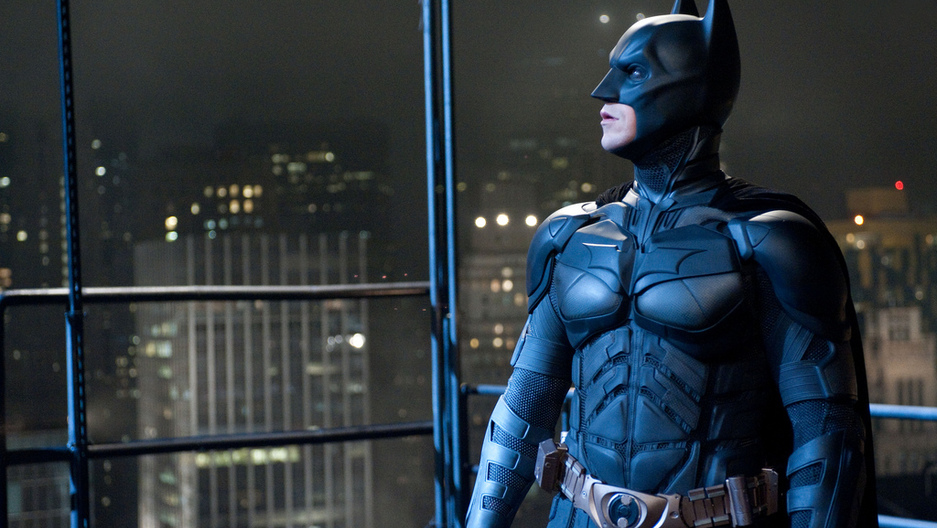 "A grave and satisfying finish to Mr. Nolan's operatic bat-trilogy," according to the New York Times.

And Rolling Stone critic Peter Travers described Christian Bale's portrayal of Batman as "hypnotic and haunting." He praised Anne Hathaway as cat burglar Selina Kyle, calling her "dynamite as Catwoman, bringing welcome humor to a movie about to be enveloped in darkness."

That darkness is what drew Michael Uslan to Batman comic books as a child. Growing up in the 1950s and '60s, he was mesmerized by Batman. But when the campy TV series of the 1960s came out, he was devastated that the world was laughing at the antics of the "Dynamic Duo," portrayed with sappy earnestness by Adam West and Burt Ward.

"For me, it was all about the integrity of the character the way he was created in 1939 as a creature of the night stalking criminals from the shadows," he said.

When Uslan grew up, he became an entertainment lawyer and then a producer. He spent 10 years banging on Hollywood doors, determined to bring a darker, more sophisticated version of Batman to the movies.

Uslan said Nolan raised the bar for all comic book-based films. With its enormous scope and sheer ambition, "The Dark Knight Rises" is a fitting conclusion to the director's epic trilogy.

"Audiences can walk out of theater and instead of saying, 'Gee, this was a good comic book movie,' they can at last say, 'This was a great film,'" Uslan said.