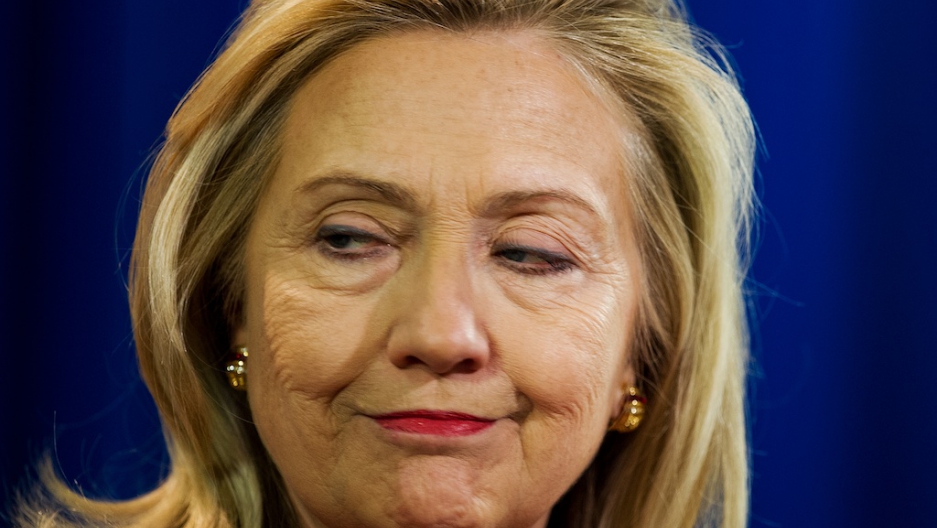 US Secretary of State Hillary Clinton's position on Syria's infamous president has, to put it diplomatically, evolved. See her comments on Syrian President Bashar al-Assad below:

1. “There’s a different leader in Syria now. Many of the members of Congress of both parties who have gone to Syria in recent months have said they believe he’s a reformer.” – March 2011

3. "Look, Assad's going to be gone; it's just a question of time. What we hope is that they avoid a civil war, that they avoid greater bloodshed, that they make the changes that they should have been making all along. And we think the Arab League pressure is probably the most effective pressure." – November 2011

4. "Faced with a neutered Security Council, we have to redouble our efforts outside of the United Nations with those allies and partners who support the Syrian people's right to have a better future." – February 5, 2012

5. “The longer you support the regime’s campaign of violence against your brothers and sisters, the more it will stain your honor," Clinton said at a press conference in Morocco. "If you refuse, however, to prop up the regime or take part in attacks on your fellow citizens, your countrymen and women will hail you as heroes.” – February 26, 2012

7. "The regime sponsored violence that we witnessed again in Hama yesterday is simply unconscionable. Assad has doubled down on his brutality and duplicity."  – June 7, 2012

8. "We are dealing with not only a murderous regime in a combustible region, but the potential for that region to be gravely affected by the continuance of this violence. But the stakes of inaction by the international community are just too high. If Syria spirals further into civil war, not only will more civilians die, not only will more refugees stream across the borders, but instability will most certainly spill into neighboring states." – June 30, 2012

9. "If people like him, and like the generals and colonels and others who have recently defected to Turkey are any indication, regime insiders and the military establishment are starting to vote with their feet." – July 6, 2012

10. "History will judge this council," she said of the United Nations Security Council. "Its members must ask themselves whether continuing to allow the Assad regime to commit unspeakable violence against its own people is the legacy they want to leave." – July 13, 2012

11. "I can't put a definite hour and minute on it, but the Assad regime is not going to survive. I just wish it would end sooner instead of later...That would be the best signal we could send to Assad that his days are numbered." – July 17, 2012