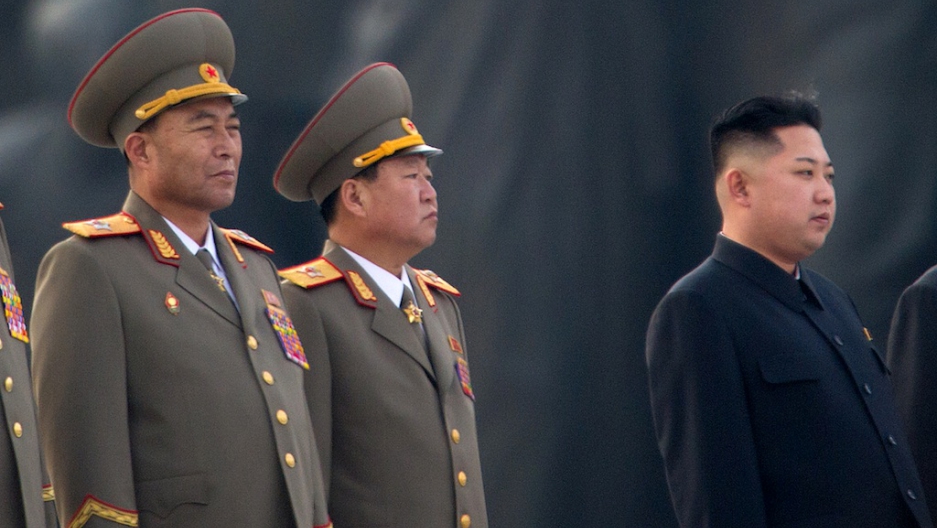 BANGKOK, Thailand — It takes the better part of a day to read through a fairly complete sampling of published theories about the recent and unceremonious dumping of North Korea’s military chief, Vice Marshal Ri Yong Ho.

With a plethora of theories to choose from, at least some can be rejected as correlating more weakly than others with what we think we know about the secretive regime.

For example, the theory that Ri was caught plotting a coup or otherwise overtly challenging the rule of 20-something leader Kim Jong Un appears highly unlikely if you know that such an offense would be punishable by death — not merely the loss of positions and titles.

Then there’s the theory that young Kim has moved to end decisively the Ri-supported “Military-First” policy of his late father, Kim Jong Il, in the process of leading the country into profound economic reform and opening to the outside world. Interesting notion, but so far there’s little evidence for it — beyond such cosmetic changes as Kim Jong Un’s apparent tolerance of higher hemlines and more Western cartoon characters than had been acceptable for public display in his father’s day.

So what’s going on? Try on the Park Chung Hee-Chun Doo Hwan bugaboo theory for size.

For decades the best case scenario that outside observers could reasonably come up with was that a military man would arise and rid the benighted, impoverished country of the Kim family dynasty, leading the way toward economic dynamism on the order of what South Korea experienced under the two aforementioned coup-leading generals starting in 1961.

Of course the Pyongyang regime has been aware of this dream scenario and is always at pains to prevent it from becoming reality. No military officer, whether reactionary or reformer, could be allowed to appear, for long, to be the equal of the anointed Kim dynast.

Ri’s problem may have been that he did start to appear somehow co-equal to the boy leader. Before the elder Kim’s death last year, the three of them were photographed with Ri in the middle. In Kim Jong Il’s funeral procession the two mourners marching at the very front of the hearse were young Kim and Ri.

All the ruling Kims have been intensely aware that, as the old joke puts it, the fact you’re paranoid doesn’t mean no one’s out to get you. All it would have taken would be one sidelong glance by Ri — a vigorous 69-year-old, at least until a few days ago when “illness” forced his sacking — for Kim Jong Un to conclude that the vice marshal had the same lean and hungry look that Julius Caesar saw in Cassius.

More from GlobalPost: Onward to the Final Victory: Kim Jong Un gets his own theme tune

That could have been the point when Ri’s fate was sealed, even if the specific complaints cited against him in Sunday’s Politburo meeting involved a perceived diplomatic failure of his hawkish policies (shelling South Korean islands, launching a dud rocket) or disagreement with the diversion of troops and resources from preparation for war to civilian infrastructure construction projects.

After all, other officials known to have lost such policy arguments have been demoted but not cast out completely. The late Vice Premier Kim Dal Hyon, for example, was on the losing end in a dispute with the military over allocation of resources. He was sent to run a chemical complex. Other officials have become gravely ill, even to the point of dementia, but held onto their titles.

Anyone even remotely suspected of harboring ambition to wrest rule from Kim, however, would have to be removed immediately from control over any means to achieve such an ambition. Anyone newly appointed — as Hyon Yong Chol was today to the post of vice marshal, two days after Ri's sacking — would have to pose no threat to Kim.

In this regard, it’s interesting that the South Korean daily Chosun Ilbo reported as far back as April 30 that young Kim’s uncle, Jang Song Taek, had taken control of the bodyguard service protecting the ruler.

Returning to the question of whether Kim Jong Un will prove a reformer, again there’s no real evidence of that as of now. The civilian infrastructure work that army units were diverted to perform was on behalf of the tired old state sector. A new agricultural policy remains squarely within the old, failed collective farming framework.

Young Kim probably has taken a step toward consolidating his control of the regime, for the time being. Meanwhile, in mannerisms and appearance he does mimic a towering figure. However, that figure is not Chinese reformer Deng Xiaoping but his own grandfather, Kim Il Sung, the semi-deified founder of the North Korean system and the person whose basic ideas must be cast away before real change can occur.

Bradley K. Martin is the author of Under the Loving Care of the Fatherly Leader: North Korea and the Kim Dynasty.