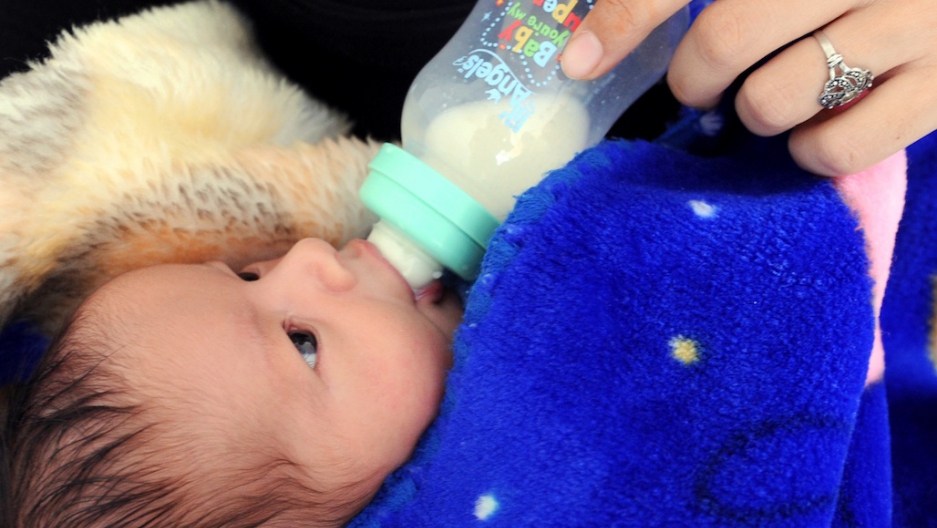 The US Food and Drug Administration has banned use of the industrial chemical known as BPA to manufacture baby bottles and children's cups. Manufacturers were in fact the impetus behind the FDA decision — they stopped using the infamous chemical years ago because of safety concerns among consumers, prompting the American Chemistry Council to suggest the FDA ban, CBS and the Associated Press reported.

But the move doesn't mean the regulatory agency is prepared to call the chemical unsafe. An FDA spokesman told the New York Times that the ban reflects industry standards, not a general FDA stance on use of the chemical. “Today’s action is based on industry’s abandonment of these uses of BPA," Steven Immergut said. "The agency continues to support the safety of BPA for use in products that hold food."

Earlier this year, the FDA refused to ban the use of BPA in food packaging following a petition from the Natural Resources Defense Council.

Recent studies have found mixed results on the potential effects of BPA in humans. Studies by government researchers have found that the chemical is very unlikely to pose health risks. Other scientists have contended that BPA poses a threat because it can mimic the hormone estrogen, and cause cancer and reproductive problems, according to NPR.

One of the main reasons BPA has caused so much alarm is because of the high degree of contact most people have with it, primarily from food and beverage containers. In a 2003 survey of more than 2,500 adults and children six or older, the Centers for Disease Control and Prevention found that BPA was present in the urine of 93% of participants, according to the National Institute of Environmental Health Sciences.