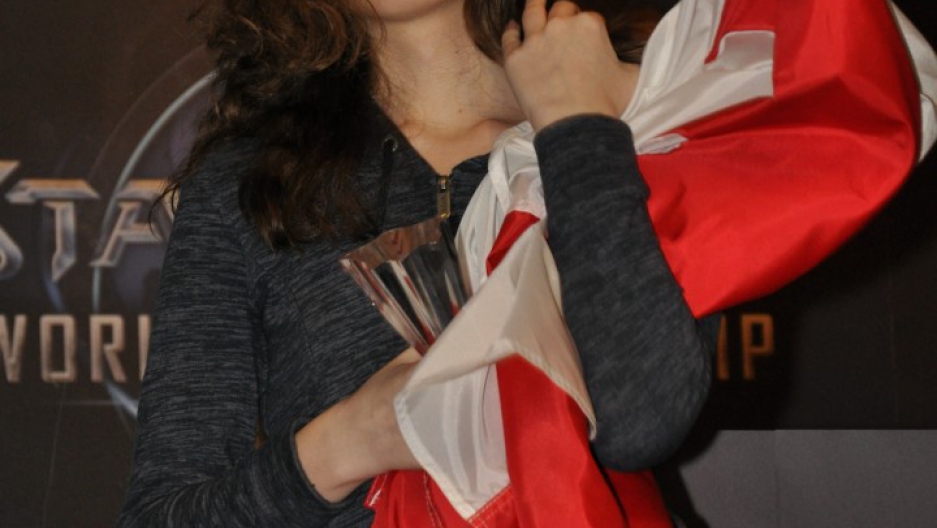 But in an industry typically characterized as sexist or hyper-masculine, Scarlett has had to overcome more than just top Koreans to assert herself as a legitimate professional gamer.

Sasha “Scarlett” Hostyn often shies away from the spotlight. Clutching a Canadian flag onstage in front of hundreds of people just after winning the Canadian national championship, she was asked if there was anything she’s like to say to Canada.

“Not really,” she replied, visibly shaken by the amount of attention.

While Scarlett has acknowledged that she is transgender, she hopes esports fans will focus on her play rather than her gender.

“Okay, to stop all this speculation — it is true I am MtF transgender, and I kind of expected this reaction. I have never tried to bring attention to myself for anything other than my play, so I don't feel like this should be a big deal,” she said last April.

But now, Scarlett has asserted herself as a dominant force in the game. A member of Team Acer, she is now also a champion. These days, the trolls are silent as she establishes herself as a permanent fixture in esports and a true threat to the top players in the world, Korea and elsewhere.

With her win Sunday, Scarlett advances to the North American Championship on Aug 24, where she will go up against winners from Mexico and the US for $30,000 and a spot in the World Champion Series Global finals to be held in Shanghai, China. In Shanghai, champions from North and South America, Asia, Europe and Oceania will compete for the title of world Starcraft 2 champion.

Scarlett said she will be entering the North American finals with a large amount of confidence.

More from GlobalPost: Why is Ollie North selling Call of Duty: Black Ops 2?

“For the North America finals, it’s not too much harder than Canada, actually…there are two players I’m worried about but other than that I think it’s going to be not too hard,” she said in an interview with Gamespot after winning the Canadian Championship.