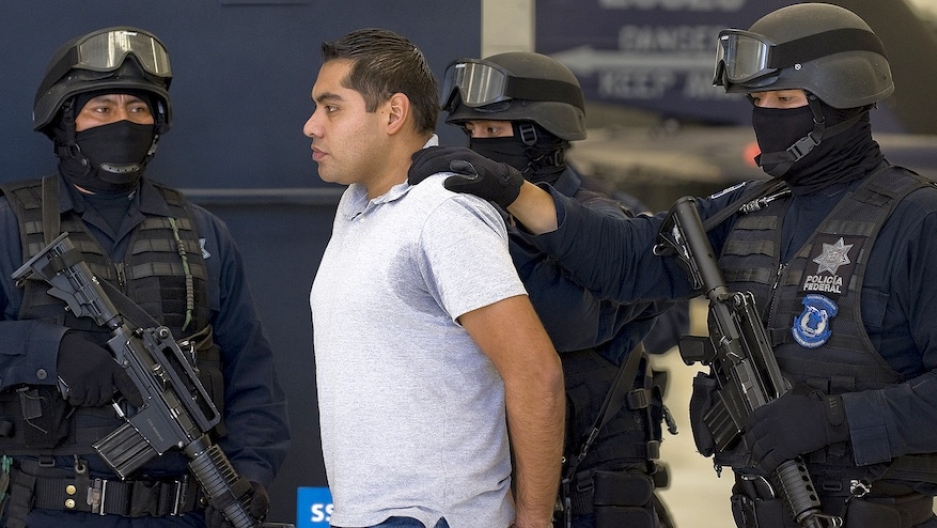 Bogard Felipe Lugo is paraded before the media on July 15, 2012 in Mexico City.
Share

The judge ordered Bogard Felipe Lugo to remain in custody for 30 days while authorities investigated his alleged links to organized crime.

An anonymous tip-off led police to the Mexico City apartment of Lugo where he had been hiding since the June 25 shootout, the Wall Street Journal reported.

A shackled Lugo was paraded before the media on Sunday ahead of his court appearance.

The federal police officers who were shot had been trying to make a drug bust at Benito Juarez International Airport. The shooters were allegedly smuggling cocaine through the terminal.

According to CNN, Lugo was the supervisor of the two officers accused of shooting their colleagues.

He came under suspicion after he was seen leaving the airport shortly after the shooting.

Last month’s shootout in the busy food court of the airport sent dozens of terrified passengers diving for cover under tables and highlighted the depth of corruption in the country’s security forces.