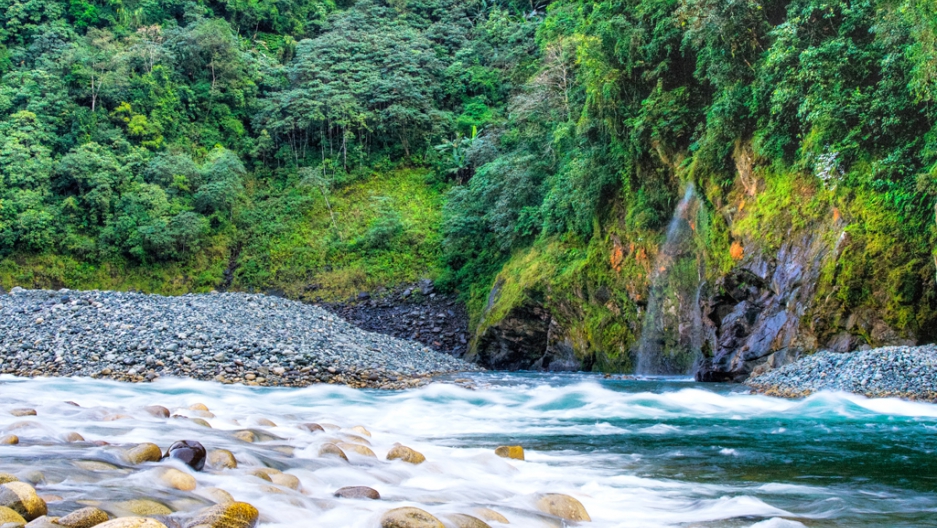 The confluence of the Ithun and Dibang Rivers, which is the site of a future massive dam in Arunachal Pradesh, India.
Credit: Scott Ligare
Share

Tongam Rina, an editor at India's Arunachal Times newspaper, remains in critical condition after being shot by an unknown assailant in the Arunachal Pradesh state capital over the weekend.

While there is still no official word regarding the motive for the attack, Rina's associates in Arunachal Pradesh's anti-dam movement said rumors are flying that she may have been shot in retaliation for her paper's dogged opposition to the more than 150 dams planned for the remote and beautiful northeastern Indian state.

"Rumors are going on, as she is the vice president of the Siang People's Forum, one of the organizations heading the [movement against] the Lower Siang Dam," said Vijay Taram, spokesman for the Forum of Siang Dialogue, another anti-dam group.

"[There's] nothing absolute but Arunachal Times had given lots of space for the anti-dam movement," said Raju Mimi, a journalist active in the fight against the Dibang Multipurpose Project and other dams planned for the Dibang River Basin.

Rina was rushed to Ram Krishna Mission Hospital in Itanagar, the capital of Arunachal Pradesh, the Times of India reported. The paper said her condition is critical, and cited hospital sources as saying that her intestines and spinal cord were damaged in the attack.

As GlobalPost reported in April, more than 150 dams — many of them massive projects of more than 1,000 MW of capacity — are planned for Arunachal Pradesh's Dibang, Siang, Siyom, and Lohit rivers. But opponents say the dams have been undertaken without full or sincere consideration of their consequences, and could wipe out thousands of acres of breathtaking forest, dozens of fascinating tribal cultures and some of the world's best whitewater for adventure tourism.

Between 2005 and 2009 the Arunachal Pradesh government took in around $200 million in fees and so-called upfront payments for allotting dam projects to developers, according to the state Department of Hydro Power Development. In two of those years, receipts for upfront payments amounted to 10 percent of the state's entire budget for expenditures on public programs.

When I met her, Rina told me that she had been offered a bag full of cash to stop writing critical articles about the dams, which local activists say will wreak havoc on the state's pristine forests and may destroy the cultures of indigenous tribes -- some of which number only around 10,000 people. She said she'd turned down the money, but not pursued the matter further, because bribery is only a step away from violence.

That's nothing out of the ordinary in India.

It's not possible to draw a direct correlation, but over the same period that Arunachal was collecting those huge upfront payments, the personal assets of the average serving member of parliament from the state more than tripled, according to mandatory asset declaration forms analyzed by the Association for Democratic Reforms. The declared wealth of then-Chief Minister Khandu, for instance, rose from around $930,000 in 2004 to around $4.8 million in 2009.

In a letter to the prime minister, the opposition Bharatiya Janata Party (BJP) alleged that many of these deals included kickbacks for local politicians — a common phenomenon in India — and called for a Central Bureau of Investigation probe into the allotment of contracts.

However, the BJP's allegations against their arch rivals in the Congress were never substantiated by an official investigation and no charges were filed.