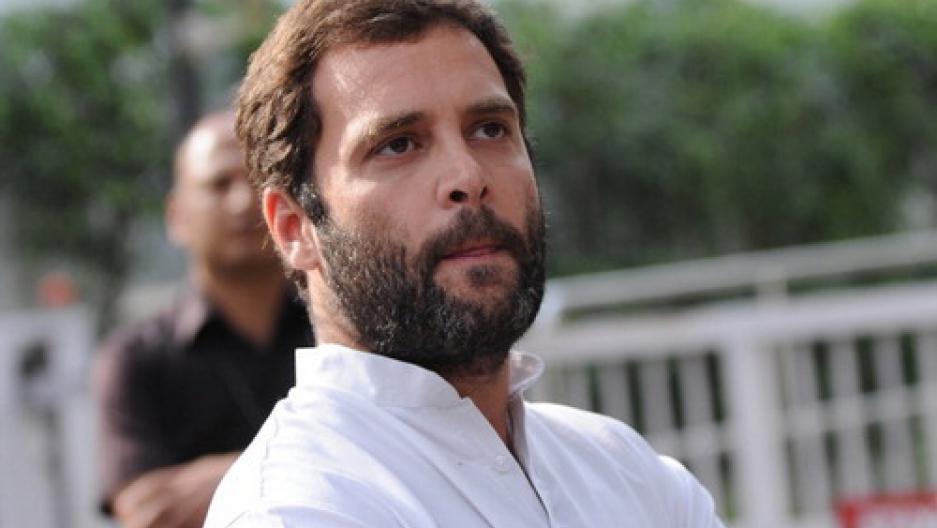 India's ruling Congress party General Secretary Rahul Gandhi gestures as he speaks to the press outside his residence in New Delhi on March 6, 2012.
Share

As much as it appears from TV and the newspapers, India's political races aren't getting any more American (or "presidential"), so neither Gandhi nor Modi will have as much influence over the 2014 electoral race as projected. The reason? The Americanization of Indian politics is a myth. The only thing that's been Americanized is the news media.

As I recall, the observation that Indian elections were becoming more and more "presidential" dates back prior to the 2004 race, when commentators projected that the electoral process was increasingly being fought by the two national parties' principal leaders -- Sonia Gandhi and Atal Behari Vajpayee -- the idea being that voters would now choose the party based on its prime minister candidate, rather than focusing on the local representatives in the race for their constituency's parliamentary seat.

Time and again, this idea has been proven wrong. Though Sonia wasn't a liability with voters, the post-game analysis showed that the Congress won power in 2004 on the strength of the pre-poll alliances that she formed, rather than some cult of personality. Rahul Gandhi's "charisma" was not able to draw enough voters to win state elections in Uttar Pradesh. And various analyses of the success that state leaders like the Congress's Sheila Dikshit, the BJP's Modi and other have shown that they overcome India's usual anti-incumbency wave not on the strength of their personalities alone -- but by dumping their non-performing legislators and replacing them with new candidates. (You can't have anti-incumbency when there's no incumbent!)

But over the same period, India's TV networks have become more and more American, as NDTV abandoned all pretense of copying the BBC's more staid presentation, CNN/IBN took on and amped up their American partner's style, and Times Now decided that the next logical move was to ape Fox News. As the style of presentation became American, so did the content -- whether or not it reflected any sort of reality.

Does that mean Modi and Rahul can't swing elections? Not entirely. But the other thread of Indian political reporting -- more common in regional editions of the newspapers -- is a better reflection of the pulse of things: India's elections are not becoming more "American" or more "presidential" at all.  Rather, regionalism, caste-politics, and other coalition-oriented forces are growing in importance. And every election is still designed, fought and won by parties, rather than people.

Which means the most important thing that an individual leader can bring to the table is the ability to identify and forge the right alliances with regional partners. And that Indian media outlets should be modeling their election coverage on a country that's also governed by a parliamentary system.